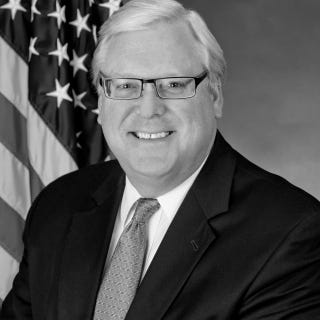 “Watch your portfolio enter a new year in the NYS government”

Following the November 2018 election, when the New York state government fell under full one-party Democratic control, then-Governor Andrew Cuomo exclaimed that he felt “liberated” without a Republican majority in the state Senate standing in his way.

The sentiment of the former governor was undoubtedly shared by the longtime Democratic majority in the Assembly and, of course, the new Democratic leadership in the Senate.

And, indeed, they have been freed up, especially when it comes to spending taxpayer dollars.

Following the passage of this first fully Democratic state budget in 2019-2020, the state comptroller reported that state spending has increased by almost three times the rate of inflation. According to an analysis from the Empire Center for Public Policy (empirecenter.org) – an analysis, by the way, that relied on the comptroller’s update on the state’s short- and long-term financial position – the 2019-2020 budget increased spending by nearly 6%, provided for an increase in the debt of $ 14 billion over five years and was “balanced by an accounting trick”.

Fast forward to the 2021-2022 state budget enacted in April, negotiated at a time when the Democratic supermajorities in the legislature had Cuomo on a barrel due to his evolving sexual harassment and cover-up investigations in the Legislature. retirement homes. Cuomo tried to win Democrats’ favor with your taxes with giveaways that increased spending by $ 18 billion, over 8%, and on top of spending, raised state taxes by nearly $ 5 billion. of dollars.

As a distinguished member of the Senate Finance Committee, I said when this year’s budget was approved that, yes, this budget does address a number of important priorities and programs. How could he not with $ 18 billion in new spending? Overall, however, this Democratic giveaway from Albany went far beyond any reasonable sense of fairness, accountability or sustainability for hard-working, tax-paying citizens.

In 2018, the year before Democrats took full control of state government, the state budget was $ 164 billion. The 2021-2022 state budget collects an unprecedented amount of 212 billion dollars.

It’s the alarm many of us continue to hear as a new legislative session approaches in 2022: what’s next?

In short, the far-left leadership of New York State politics and government does not look pretty, right now, to future generations of state and local taxpayers.

Just as the Legislature had former Governor Cuomo on a barrel in 2021, this coming year they will have a situation in which new Governor Kathy Hochul submits her first budget as she tries to win the favor of Democrats for its next Democratic primary elections in June. continue as governor. Your tax money could once again be used for political purposes.

Consider just a small sample of what Albany Democrats’ new power to spend taxpayer dollars has produced since 2019:

> the â€œDREAM Actâ€ to provide financial assistance for college tuition fees to families of illegal immigrants;

> significant increase in Medicaid spending. New York spends more on Medicaid than the more populous states of Florida and Texas combined. One in three New Yorkers is now covered by Medicaid, which was originally “designed as a” safety net “for the poor and the poor, according to a new analysis from the Empire Center,” Medicaid’s Metamorphosis. ” disabled “. Additionally, according to the report, â€œpeople living above the federal poverty line accounted for all of the program’s growthâ€ during the decade between 2010 and 2019;

> Remember that the 2021-2022 state budget also included an â€œExcluded Workers Fundâ€ of over $ 2 billion to provide one-time direct payments of up to $ 15,600 to illegal immigrants in the ‘New York State who were excluded from federal COVID stimulus and Unemployment Payments. Yes, Albany Democrats have raised taxes to give handouts to illegal immigrants. That initial billion-dollar fund was already depleted in October and many Democratic lawmakers are now clamoring for more of your money to be given to them.

Even with all of this new spending, Democrats’ new unilateral control over state government has not reduced or eliminated unfunded state mandates over local governments and schools, which would provide some relief from the state government. much needed property tax.

So you better believe that this will always be the key question as this state tries to move forward under one-party control: what’s next? A state-level universal healthcare system that many say will simply break the bank? A new 55-cent-per-gallon gasoline tax that would let New Yorkers pay America’s highest gasoline tax? A 26% increase on home heating fuels?

Each of the above – and many more – is already under review.

Plus, let’s not forget the so-called ‘Green New Deal’ of 2019 which, among other actions, aims to make New York’s electricity 100% carbon neutral over the next two decades. It may be a new deal, but I am far from being convinced that it is a good deal for future taxpayers or energy consumers for whom the cost of energy will increase. It is a major undertaking. This requires a huge investment in new technologies and infrastructure without any cost / benefit analysis.

The New York Energy Research and Development Authority, better known as NYSERDA, recently said the state will need to spend an additional $ 12.7 billion until 2024 just to begin implementing the Green New Deal. A recently leaked draft report from the New York Climate Action Council, which is responsible for developing the overall plan, says the costs and who pays them should be determined as the plan is implemented. No kidding!

Let me remind you that this is all aimed at reducing New York’s 0.4% share of global greenhouse gas emissions. New York State has been, and rightly should be, a leader in advocacy for a cleaner environment. My Republican colleagues and I stand ready to take reasonable and rational steps to reduce emissions. But at what cost to taxpayers and businesses across the state? This is unknown at the moment. And to what advantage for New Yorkers? Even if New York were to reduce its 0.4% global emissions to zero, this would have no discernible impact on global climate change or its impact on New York itself. These actions must be taken globally to make a difference. Asking these fundamental questions does not make us climate deniers like the fanatics would have you believe. These are questions New York taxpayers deserve answered, and I am held and determined to get them.

Over the past two years of one-party control, I have consistently raised the specter of government borrowing and debt, especially the burden on future generations of policymakers and, in particular, taxpayers.

New York already has the highest public debt per capita in the United States. Much of this has been accomplished through government borrowing, dramatically increasing the government’s future debt and, most blatantly, being piled on the backs of future taxpayers who will have to deal with it long after current policymakers. from New York will be long gone.

This relentless pursuit of a far-left, socialist, and far-liberal political agenda appears to be the priority over a long-term sustainable future for the upstate, middle-class communities, families, working people, businesses, industries and taxpayers.

In other words, hold onto your wallets as the New Year approaches in New York State government.

15 things to do before the end of the year