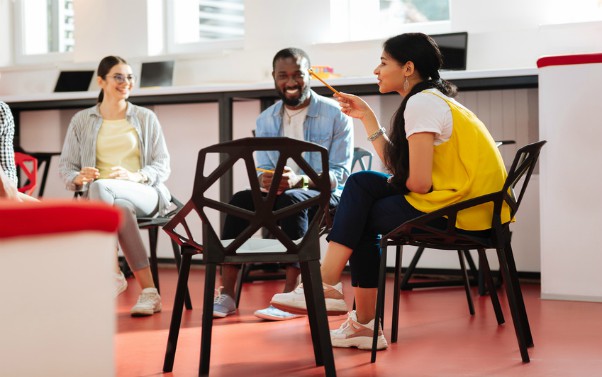 Regular focus groups and focus groups show “promising signs” for improving the well-being of low-cost child caregivers, according to one trial.

What Works for Children’s Social Services (WWCSC) found that most of the child social workers from the 10 boards who participated in the Schwartz Rounds, a series of collaborative focus groups, reported a positive impact on their well-being and their relationships with their co-workers.

They also reported slightly less psychological distress and took slightly fewer sick days than a control group, but the difference was not statistically significant, according to the trial report, supplemented by the staff of 10 tips.

Reporting the results of one of its first trials, the WWCSC found that the Schwartz Rounds were ‘relatively inexpensive’ for advice, with initial set-up costs ranging from Â£ 5,204.75 to Â£ 6,505, Â£ 14, and running costs per session ranging from Â£ 288.24 to Â£ 2,711.60, the majority of which is indirect staff time costs for participants.

The Schwartz Rounds involve a small group of staff members sharing stories based on their experiences, linked to a common theme such as “a child or a family I will never forget”, in front of colleagues, who then share their own experiences. .

Organizations such as hospital trusts, hospices, universities, dentists, and veterinary surgeries currently use this approach, but it is currently not widely used in children’s services.

In the WWCSC study, six local authorities hosted in-person discussions while four offered them virtually, with the project overseen by a practice manager and each session led by a facilitator.

The aim was for each council to have six sessions, but in practice some only had three, four or five.

Of the more than 5,000 employees, half of whom attended the discussions and a similarly-sized control group that did not participate, 172 responded to a pre- and post-trial survey, while 776 responded to the first survey as a whole and 267 to second survey.

The WWCSC found that staff who participated in the Schwartz Rounds had lower average General Health Questionnaire (GHQ-12) scores than the control group (12.9 vs. 13.5), indicating a greater well-being.

He also revealed that staff interviewed who had participated in the Schwartz Rounds had taken an average of 4.56 sick days over the previous six months, compared to 4.63 for those in the control group.

But the study concluded that none of these differences were statistically significant.

WWCSC also asked staff to fill out feedback forms after each session, interviewed participants throughout the study, held focus groups with staff, and observed at least one session in each authority.

He said feedback from staff who attended the Schwartz Rounds online and in person was “almost universally positive.”

Some 87.5% of staff who filled out feedback forms following a session rated the Schwartz Rounds as ‘good’ or better, while over 79% said the sessions had had an effect. positive on their psychological well-being and their relationships with their colleagues. Meanwhile, 57% said the sessions helped their direct work with families.

The WWCSC said many staff commented on the feedback forms that the sessions had helped “normalize difficult emotional responses”, but some said “feel worse than before”.

â€œPeople left the sessions feeling connected, reinvigorated and heard. It is really important that we were able to offer this to our workforce, â€she said.

â€œSince the end of the pilot project, we have trained more animators and deployed the rounds in social assistance for children and early assistance.

WWCSC General Manager Michael Sanders said the results were encouraging and he hoped Schwartz Rounds could “bring real benefits to social service staff in the future.”

Following the trial, WWCSC said the councils were considering introducing the Schwartz Rounds and made 10 recommendations on how to proceed, including the following authorities:

Secondary offers can throw a key in the best of trades