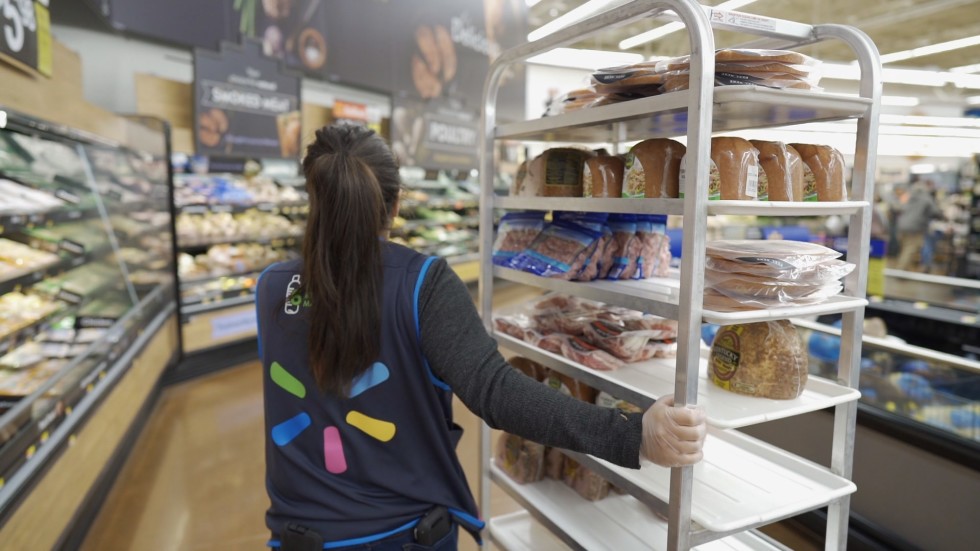 walmart (WMT -0.46%)beat analysts’ expectations in the second quarter as high-income shoppers chose the retail giant for low-cost essentials. As the company continues to gobble up more of the grocery market, Walmart must first sell its excess inventory while dealing with the effect of inflation on consumer spending.

According to Walmart Chief Financial Officer John David Rainey, about 75% of Walmart’s market share gains in the food business came from customers with annual household incomes over $100,000. Indeed, Walmart continues to devour a larger share of the grocery market, as reported in its second quarter earnings release.

Sales at established Walmart stores rose 6.5% in the second quarter, more than double the increase seen in the first quarter. Online sales also grew 12% in the second quarter, a significant increase from online growth of just 1% in the first quarter. These numbers directly reflect the impact of inflation on consumer behavior and Walmart is well positioned for this transition.

While Walmart’s wide product selection is what makes it unique, maintaining high inventory levels has hurt the company’s profitability. Walmart reported a profit margin decline of 132 basis points in its second-quarter release, citing markdowns and a heavier grocery sales mix.

And while Walmart’s growing sales of groceries and essentials have been helpful, sales of casual clothes, TVs and other electronics — which had previously disappeared from shelves during the pandemic — have fallen dramatically.

Walmart now has a large overflow of excess merchandise, and lowering prices to realign inventory levels has “wiped out billions of dollars” in revenue, according to Rainey. The recent shift in consumer spending caused Walmart to cut its profit outlook for the year last month, the first time the company has done so since 2015.

A solid T2 and great prospects

But the direction remains positive and the numbers look good. Walmart posted net income of $5.1 billion for the second quarter, with earnings per share of $1.77 compared to analysts’ estimates of $1.62. The company’s revenue was also higher than expected, at $152.86 billion reported against an analyst estimate of $150.81 billion. As mentioned earlier, e-commerce sales were also up 12% year over year.

Walmart also had a strong quarter for its international business, with positive comparable sales led by Mexico and China. Its global ad business also grew nearly 30% in the second quarter, including Walmart Connect and Flipkart.

Walmart is making progress in unloading its excess merchandise and also reported third quarter back-to-school shopping got off to a good start. Investors should watch for a strong end to the back-to-school season and robust holiday sales. If Walmart can sell through its surplus and retain its new customer base, potential investors could soon find great value in this discount retailer.

Understanding Payday Loans – The Basics and Beyond