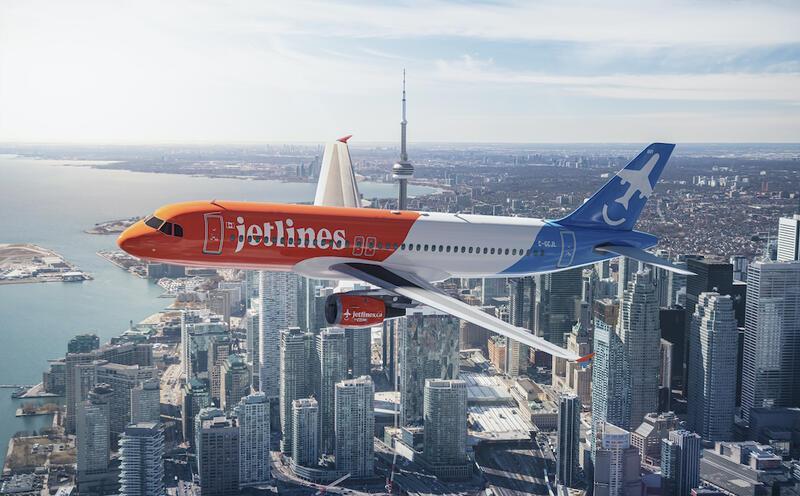 Canada Jetlines, which have been promising to launch a low-cost airline for years, are now targeting flights to begin by the second quarter of 2022.

The Vancouver-based company, which has undergone numerous management changes since entering the scene in 2015, announced on December 9 that it had acquired its first aircraft, a pre-owned Airbus A320.

This plane is due to enter the paint shop on December 18. Its interior will be renovated in January before the plane arrives in Canada in February, officials said.

The pandemic has created “a rare opportunity” to start a new airline, CEO Eddy Doyle said. While fixed costs have remained stable, planes are much cheaper than two years ago.

â€œThere are so many planes available on the market that it offers great opportunities,â€ he says.

Chairman of the Board, Ryan Goepel, adds: â€œThe only real differentiation you can get is the price at which you buy your aircraft. We get the rates 50% of what they were before Covid. This creates a lasting advantage.

The company’s growth plan outlines a strategy that includes flights from Toronto to Canadian destinations, Mexico, the United States and the Caribbean in 2022, then expands to offer direct flights to the Caribbean from Canada Atlantic in 2023 and enter the Western Canadian leisure market in 2024..

For now, however, the Jetlines website says it is “preparing to serve the flying public,” adding, “Expect news in early 2022”.

â€œWe will establish a competitive price for our product. We are not an LCC, we are not an ULCC – it is not our business model. We will not lead the race to the bottom, â€he said.

But before the airline takes off, it must clear regulatory hurdles.

Jetlines said it submitted a business plan, start-up cost statement and other documents to the Canadian Transportation Agency (CTA), and said approval of the plan was “imminent.” Subsequently, he must submit proof of adequate funding. He has also applied for an Air Operator Certificate and expects to receive it by March 2022.

The company is targeting the first flights with its own jets in the second quarter of 2022, but said it would charter planes from a partner carrier, US-based Global Crossing Airlines, a month earlier. It will operate direct routes between Toronto and Miami and Fort Lauderdale, popular winter destinations for Canadians, on weekends. These flights are scheduled to start on March 4 and last for six weeks until April 17, 2022.

Global Crossing, also known as GlobalX, created Jetlines earlier this year and still owns a stake in the carrier.

â€œWe are finalizing the details and expect to be able to start selling tickets in December,â€ the company said. Jetlines will resume the route when approved by the US Department of Transportation.

â€œThe way we start the airline is as a charter operator, we plan to operate in Florida during a period of high demand,â€ Bureau said, adding that Jetlines’ distribution model will rely on tour operators. to sell blocks of tickets.

Jetlines is the second low-cost Canadian carrier in as many months to announce the launch of its air operations. On November 17, Calgary-based Lynx Air announced that it would start flying with three Boeing 737 Max 8s in the first quarter of 2022 and hopes to grow to 46 planes in seven years. These planes will have a single-class configuration, with 189 seats.

15 things to do before the end of the year