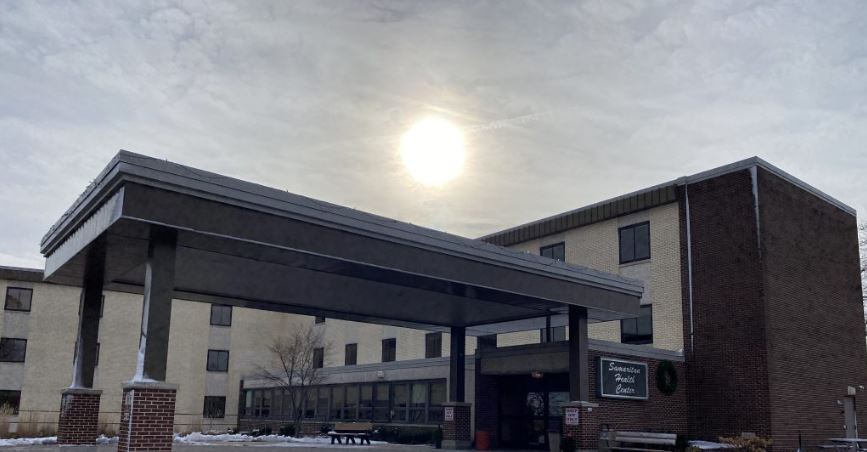 The community expresses serious concerns about the future of Samaritan Home in West Bend, WI

September 10, 2022 – Washington Co., WI – Comments swirl regarding the future of the Samaritan Home in Washington County as another trustee tenders his resignation.

What once appeared to be a county priority with a dedicated task force and review committee, now, as one Samaritan resident noted, has failed to even make reference during the executive’s speech. of the county in 2022 on the state of the county.

According to the department’s website: “Since opening its doors in 1968 as a free-standing nursing home, the campus has grown to include a wide range of service offerings. Samaritan Health Center has 131 qualified, Medicare-certified nursing home beds, including 119 private rooms and four specially equipped rooms for bariatric clients.

Samaritan Campus serves the needs of citizens of Washington County as they age and have health, housing, and rehabilitation needs.

A timeline of the Samaritan Home discussion:

The “Matt” mentioned in the story is Matt Furno. Calls have been made to Furno, but recently a policy was passed by the county executive and Furno said he could no longer speak directly on the matter. “I’m not allowed to speak,” he said, “we might need your help in this whole thing.”

An email has been sent to have an interview with Furno, but so far there has been no response.

Former Washington County Council Chairman Herb Tennies: Taxpayers deserve the right to have the Samaritan Home. If the county is going to take care of people who have paid taxes all their years and have had a hard time, they should have a place to go and be taken care of and most county taxpayers would be fine with that.

So far, the county has not mentioned any ARPA funds to allocate to the Samaritan Home. Calls were made to County Council Chairman Jeff Schleif with no response.

The county also received more than $15 million in sales tax in 2022 and is part of several lawsuits against pharmaceutical companies. Wisconsin received a $400 million opioid settlement related to those lawsuits. So far, it’s unclear how much Washington County specifically received in this settlement or if any funds could be used to help the Samaritan Home.

Following the July 2021 meeting mentioned above, there was no referendum for the Samaritan Hearth in the April 2022 ballot. At present, the county appears focused on an anti-crime referendum in November with a recurring annual charge of $3.6 million for taxpayers.

Former Washington County Supervisor (1992 – 2008) Maurice (Maury) Strupp says he visited his uncle at the Samaritan Home. “I don’t think the building is that bad. If they do anything, the county should use sales tax money and not try to get money from the state.

This week, September 8, 2022, another resignation was submitted from the Samaritan Home as Administrator Taya Walk delivered his notice; she had been on staff at Samaritan since June 23, 2021, replacing Mari Beth Borek.

Inside Samaritan Home, residents talk about the limited staff and some mentioned that staff are paid with gift cards as an incentive if they choose to work 7 days a week or more. Residents also mentioned feelings of worry and insecurity about their living situation. Another wondered if the National Guard would be brought in to help with staffing.

Asked about the future of the Samaritan Home, she said: “We continue to meet and discuss it and we continue to take the task force’s recommendation seriously, but no decision has been made one way or the other. the other”.

Former Washington County Clerk and County Council Supervisor (2008 – 2020) Marilyn Merten said the Samaritan Home is very important to Washington County. “We’re doing a lot for everyone, we better think about doing something for our people who need therapy and those who can’t live on their own anymore.”

In August 2022, Debra Kison, a 7-year-old resident at Samaritan Home, wrote a letter to County Executive Schoemann asking for answers about the Samaritan Home closing. Click on HERE to read his entire letter. A portion is shown below.

In 2019, a Samaritan task force was formed; this committee has been tasked with researching various options on how to resolve the issues facing the Samaritan Hearth. Deb Anderson was part of the working group. Anderson previously worked for five years as director of senior activity at the Senior Center. She also served as a city councilor in West Bend and recently ran for Washington County Council.

“We looked at the fact that many other counties closed their county facilities,” Anderson said. A search of records shows that 31 of 72 counties still have nursing homes.

“People who are short on money end up being placed outside the county and their families are struggling enough to see them regularly as they are busy raising their children and taking care of their lives. A lot of older people find themselves very isolated, which I think is deadly because people have nothing to look forward to.

Anderson said the Samaritan Task Force was made up of a cross section of people; she described it as some members had family living in Samaritan and others were businessmen.

“All but one of the participants agreed that we, our community, on a moral basis, have a responsibility to care for our elderly,” she said. “The people who helped create the county we now live in; we can’t just walk away from it.

Anderson said, “the Samaritan is really struggling.” She has first-hand knowledge, regularly traveling home to care for family and visit friends.

“I think the people who work there are very dedicated,” she said. “I never saw a person there that I would be worried about, and I got involved. Usually with people who have lived there or been in rehab. So I spend a lot of time there and see how understaffed they are and yet they don’t complain, and they work so hard to meet the needs of the people who live there, and I don’t want let it go one way.”

Anderson felt that the Samaritan task force had made “excellent progress”.

“We looked at all the data, got some wonderful input from a number of knowledgeable people, community members, and got a lot of information that we needed to make a decision,” she said. declared.

“Our recommendation was to build a new Samaritan and that went to the committee which is part of the health department, Health and Human Services. This recommendation was approved, and I believe it was submitted to the county council and approved there as well.

Anderson said the issue of money and location was the final hurdle, but she pointed to land north of the county jail, which is already owned by the county.

“So it’s not more money spent on buying land. They were doing a feasibility study there. I haven’t heard any results.

Anderson praised working with Matt Furno; she described him as “simply amazing” and “his values, his priorities are right where they need to be for the job he does”.

Asked about the lack of movement on the task force’s recommendation and whether to replace a Samaritan referendum with a security referendum, Anderson said it was disheartening.

The staggering cost of owning a superyacht

Citigroup raised its price target on Callon Petroleum (NYSE:CPE) to $45.00.