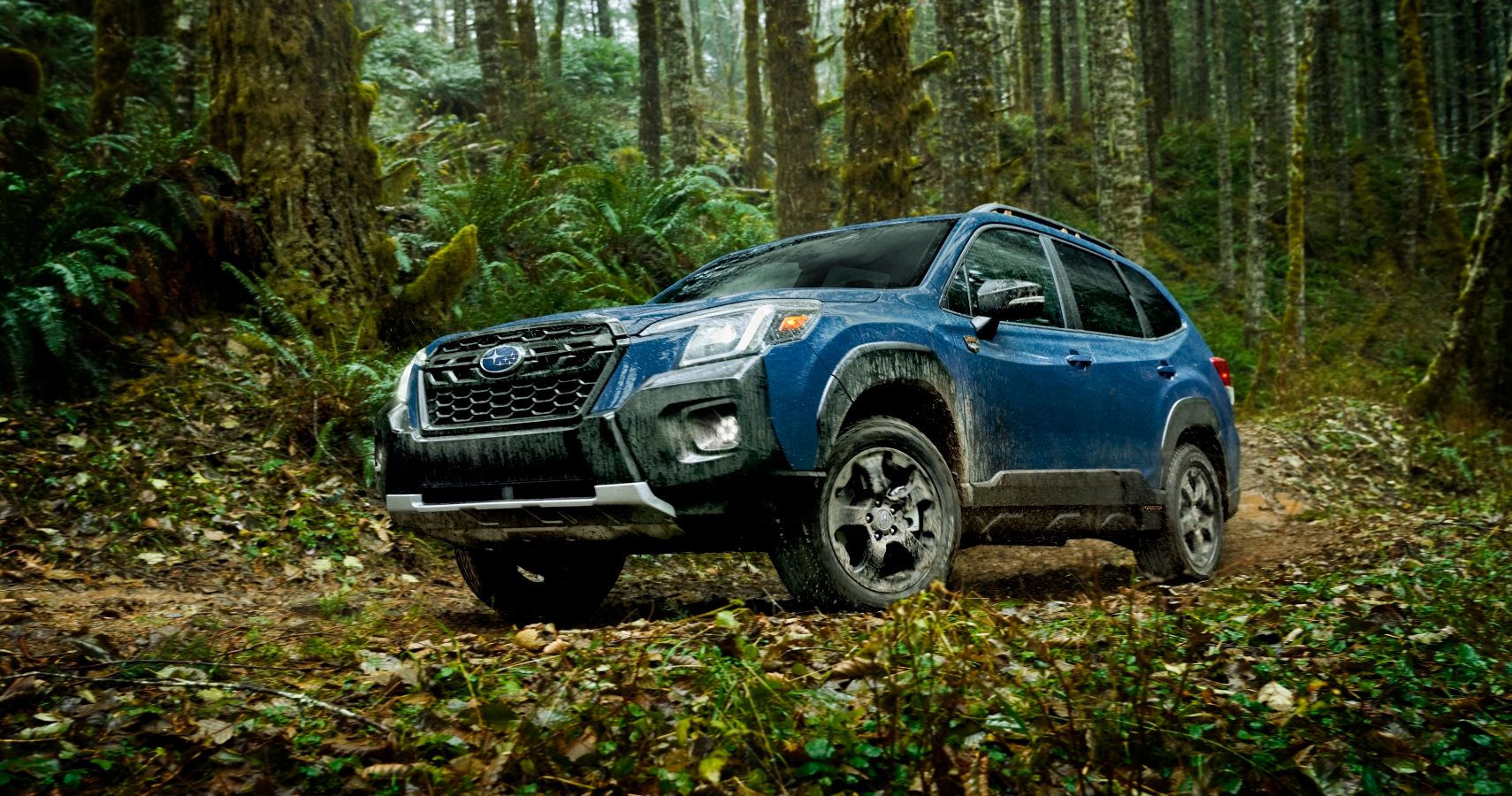 Subaru is one of the most recognizable brands in the world when it comes to all-terrain vehicles. The Japanese automaker is perhaps best known for its rally machines, like the Impreza, which once won the World Rally Championship and became one of the best homologation stages for those on the road. . Subaru is also a helping hand when it comes to creating a high-performance SUV, and its popular Forester has just been updated somewhat for 2023 to be better than ever.

The Forester first burst onto the scene in 1997 and has gone through five generations so far, with the last being revealed in 2018. Subaru has now given this generation a refresh and update for 2023, with a few changes and additions as well. as revealing the pricing structure of the 2023 model. Six trim levels are offered for the 2023 Forester, which will give customers plenty of choice and ensure that the Forester for 2023 elevates the compact off-roader. As far as SUVs go, the Forester is one of the most compact on the market.

The power of the boxer for the forester is still unmatched

At the heart of the 2023 Forester is a classic Subaru Boxer engine, as it has been for generations. Under the hood of the compact SUV is a 2.5-liter Subaru Boxer engine, which is also paired with a Lineartronic CVT and a Subaru symmetrical all-wheel-drive system. The engine is direct injection and produces 182 horsepower and 176 lb-ft of torque. This is more than enough for the Forester and guarantees plenty of power on and off the road. Another big feature of the Forester is just how efficient the compact SUV is.

The SUV delivers up to 33 MPG of EPA-estimated highway fuel economy, which is really, really good. While the Forester may be a compact SUV, the Forester has a pretty impressive level of towing power. Subaru says the Forester offers 1,500 lbs. of towing capacity, and that goes up to 3,000 lbs. for the Wilderness iteration of the SUV. Standard, we also get Trailer Stability Assist, a nice feature that many SUVs could take advantage of. The Forester Wilderness Pack might just be the most impressive trim level of the lot for 2023.

Subaru has ensured that the Forester Wilderness offers an impressive amount of features for the extra money. The Wilderness Edition costs $35,245 with destination delivery, compared to $27,620 for the standard model. Subaru says the Wilderness has proprietary chassis suspension components, which help give the Wilderness 9.2 inches of ground clearance, half an inch more than other Forester models. This is also married to longer coil springs and shock absorbers, special tuning as well as Yokohama off-road tires.

Subaru also made sure the exterior details help the Forester Wilderness stand out. A unique front fascia is a key feature, with its hexagonal grille and hexagonal LED fog lamps as well as an anti-glare bonnet sticker finished in matte black. A larger wheel arch liner and front skid plate help give the Wilderness model a more aggressive and rugged appearance, helping it stand out from the rest of the lineup. Ladder-style roof rails add to that extra exploration vibe that the SUV gives off, and these rails can hold up to 800 lbs of weight. The Wilderness trim level is a very impressive iteration of the Forester.

Subaru has created a fair and clear pricing structure

As for the pricing structure, Subaru has offered a clear and fair one for the 2023 Forester. The trim levels we have for 2023 are Forester, Forester Premium, Forester Sport, Forester Wilderness, Forester Limited and Forester Touring. This order goes from cheapest to most expensive. With destination delivery charges, the base Forester will set you back $27,620 while the most expensive iteration will set you back $37,720. Compared to many other SUVs, it’s a reasonable deal, especially with what the Forester has to offer.

RELATED: Richard Hammond and James May Come Together to Reflect With Their Mounts A Scandi Flick

The Forester still offers a capable SUV in 2023

While there may be more impressive SUV models out there, Subaru still delivers a very capable machine with the 2023 Forester. All Forester cabins offer a standard Subaru Starlink multimedia system, Android Auto and Apple CarPlay are naturally included, there’s Bluetooth, even a CD player too. The SUV’s off-road performance is still among the best, and you know you’ll get good, reliable performance from the ever-reliable Subaru Boxer engine. The 2023 Forester also offers an excellent compact, stylish and very capable SUV for a pretty solid price.

Why it’s getting more expensive to buy a house