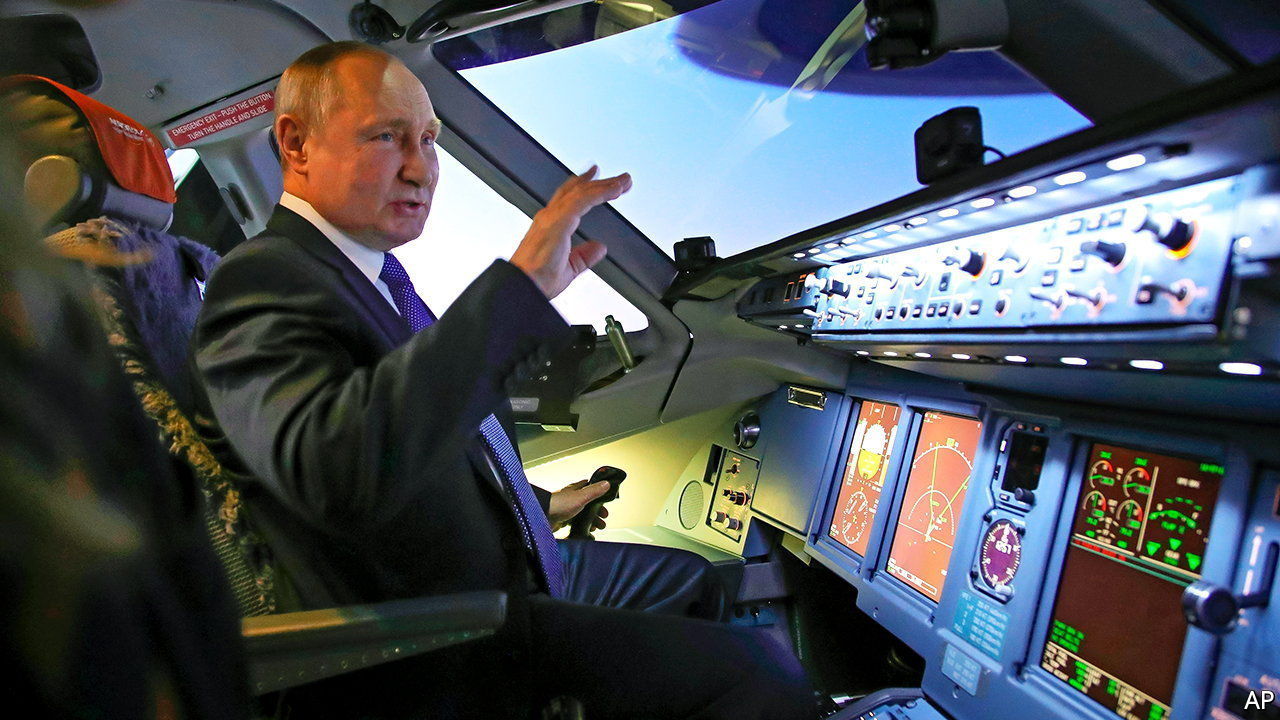 Sanctions against Russian aviation are a burden on Western companies

AS VLADIMIR PUTIN troops continued to devastate Ukraine on March 5, the Russian president surrounded himself with young women with bouquets training as cabin crew for Aeroflot, the state-controlled airline. Aviation is vital to connect the vast country. The worried smiles on the faces of the ladies to whom he explained that Western sanctions were an act of war suggested they understood the implications for their long-term career prospects. The same day Mr Putin met his interns, Aeroflot suspended all international flights. At that time, the carrier had few places to fly. Britain was the first to ban Russian planes in response to the invasion of Ukraine. They are now also barred from the skies over America, Canada, the EU and several other places. Western carriers, meanwhile, are no longer welcome in Russian airspace.

The direct impact on non-Russian airlines is “not serious,” says Keith McMullan of Aviation Strategy, a consultancy. Flights to Mr. Putin’s kingdom are a slice of business for the world’s major airline groups. The closure of Russian airspace is an inconvenience for Europeans flying to Northeast Asia, who will have to divert flights to more southern routes, adding up to two hours of flight time to Beijing. But with China still in lockdown, those flights aren’t as plentiful as they used to be. It is the ripple effects of the Russian invasion that worry investors in the global airline and industrial complex. Rather than continuing their rebound as the covid clouds dissipate, airlines, airport operators, travel websites, aircraft manufacturers, other suppliers and aircraft lessors have lost nearly $120 billion dollars in combined market value so far this year (see chart).

The most immediate problem is soaring oil prices. The price of crude, already near a 14-year high, jumped again on March 8 after the United States announced a ban on imports from Russia, the world’s third-largest producer. IATA, an industry body, forecast in October that airlines’ fuel bill in 2022 would reach $132 billion, accounting for nearly 20% of operating expenses, with a barrel of Brent at $67. It now costs almost twice as much. Airline stocks have lost around 15% of their value in the past two weeks. Carriers that do not cover fuel costs have been hardest hit; some have already added supplements to the tickets.

Other Western measures will also wreak havoc. America and the EU targeted the Russian air force by prohibiting the sale or purchase of aircraft and parts, financing and technical assistance. Britain joined on March 9. Russia is not a huge market for the global Airbus and Boeing aircraft manufacturing duopoly. Only 62 jets out of their combined order book of 12,000 are destined for the country. But even a relatively small blow is not welcome as the industry tries to recover from two years of covid-19-related upheaval.

Moreover, planners may, like other Western companies, feel the need to distance themselves from Russia in other ways. Boeing has already terminated a contract to acquire Russian titanium for its planes; finding alternative supplies can be a problem given that Russia is the third largest producer of the metal. Russia’s important role in other commodity markets, from nickel to palladium, could also spill over into aerospace supply chains.

The aircraft rental industry is another collateral victim of Russian aggression and the Western response to it. About half of the Russian fleet is owned by non-Russian charterers. These approximately 500 planes are valued at around $10 billion, according to IBA, a consulting firm. To comply with Western sanctions, these leases must be terminated by March 28. After that, in theory, Russian airlines must return the planes to their owners. Repossession is, however, made considerably more difficult by the closure of Russian airspace and the difficulty of bringing repos into Russia. The fact that no aircraft are leaving the country raises the possibility of expropriation.

As with aircraft manufacturers, lessor activity with Russia is not huge. AerCap, the largest such company in the world with the largest exposure to Russia, leases 5% of its fleet by value to Russian carriers. And while Mr Putin could force state-owned Aeroflot to deny their planes to Western lessors, private carriers may prefer to surrender theirs, lest they be locked out of plane financing for years after the crisis subsides. . In any case, the leasing companies insist on the fact that they are insured against this type of loss. Investors are not so sure. AerCap’s share price fell nearly a third in the week after the sanctions announcement (although it has since rebounded a bit).

All of these problems, while real, pale in comparison to the woes of Russian airlines. Its vast domestic market, which accounts for 4.5% of global demand, has been one of the most resilient throughout the pandemic. Last year it exceeded pre-covid levels. Now Russian carriers fly on borrowed time. Even if the lessors do not recover their planes, other sanctions prevent Western firms from providing parts or technical support. Two-thirds of aircraft in Russia come from Airbus and Boeing. The Sukhoi Superjet, a Russian-made regional jet, is equipped with a Western engine and avionics. Cannibalizing, engineering, or acquiring uncertified spare parts from questionable third parties may work for a while, but is not sustainable in the long run.

Regular maintenance according to accepted international standards may soon also become impossible. So will Russian aircraft insurance, most of which is covered by Lloyd’s of London, a marketplace for brokers and underwriters. Even booking and payment systems, mostly outsourced to Western tech companies, may no longer work. It’s back to “spreadsheets and pencils,” says Andrew Charlton of Aviation Advocacy, another consultancy. In just a few months, Russian airlines could shut down, says McMullan. Before that, passengers may have to board planes that have missed maintenance, are equipped with suspicious spare parts and are uninsured. Many may opt for the train instead. ■

For more expert analysis of the biggest stories in economics, business and markets, sign up for Money Talks, our weekly newsletter.

Riddle of the Malir Highway – Latest News – The Nation