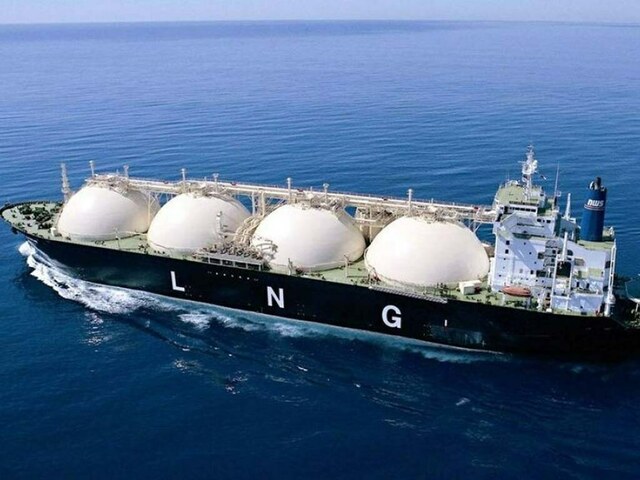 The committee headed by the Minister of Planning, Development and Special Initiatives, Asad Umar, provided this guidance at a recent meeting on a proposal from the Energy Division titled “Policy Guidance for Power Plant Operation RLNG by merit “under specific conditions.

NEPRA and National Power Control Center (NPCC) / System Operator (SO) officials were seen locking horns during FCA’s monthly Economic Merit Order Deviation (EMO) hearing. ) with, on occasion, the regulator denying costs incurred due to the operation of expensive power plants. According to Power Division, NPCC as a System Operator (SO) distributes the available power plants in accordance with the Grid Code approved by NEPRA.

In this process (economic allocation), the main responsibility of SO is to achieve “the lowest cost while ensuring system integrity, safety, reliability and quality of supply.” The order of merit is a ranking of thermal power plants based on the increasing order of specific costs (fuel cost + variable O&M) per thermal power plant unit / unit.

The electricity sector is a major player in the RLNG supply chain and any disruption of RLNG supply / demand affects the economical distribution of electricity and high line pack issues in the system. gas transport. In cases where the supply of LNG is lower than the firm demand for LNG, the price of the electricity basket becomes higher than it would be if the supply were in line with demand.

On the other hand, the basket price is also affected when these plants have to be shipped in order of merit to address the RLNG over-supply problems of the gas supply companies. The decline in the RLNG supply also induces operational constraints and system stability problems for the system operator.

The sources said the existing Take-or-Pay contractual agreement for 3 RLNG-based power plants specifies the minimum fuel off-take requirement of 66% on an annual basis, as set out in the annual production plan. (APP). RLNG withdrawals below the firm requirement of 66% invoke financial responsibility on the electricity sector, in the form of NPD (Net Proceed Differential) due to the diversion of RLNG to other sectors.

Likewise, non-compliance with firm RLNG orders by SNGPL results in the invoicing of damages (CD) to SNGPL for non-supply of RLNGs committed to the electricity sector and leads to commercial disputes between the public entities of the Energy and Petroleum divisions. On September 18, 2020, a waiver was approved regarding the 66% minimum take-up or payment commitment under the GSA PPA (s) with effect from January 2022, with corresponding instruction to the respective parties to initiate changes. in the respective agreements.

As a result, the principles for amendments in the PPAs and GSAs of three RLNG-based power plants were approved by the Economic Coordination Committee (ECC) on April 14, 2021.

The approved changes to the PPA for three RLNG-based government power plants (GPP) recognize the concept of a monthly production plan (MPP) as binding on the purchaser of electricity. The MPP specifies the firm request for RLNG, 80 days in advance, before the start of the respective month. A monthly levy lower than the given MPP will invoke financial liabilities on the electricity sector in the form of NPD and similarly, non-compliance with firm RLNG orders by SNGPL will result in the change from LDS to SNGPL by electricity sector.

According to the Energy Division, demand for RLNG, forecast by NPCC’s Annual Production Plan (APP) through CY-2021 and MPP based on the 80-day forecast from CY-2022, which is considered a firm request under existing and proposed contractual agreements. , is subject to a multi-variable / multi-constraint optimization problem due to the dynamic nature of the electrical system.

Power Division argued that despite best efforts, any subsequent variation of the assumed variables / constraints would and lead to a decrease in the levy of RLNG by the power sector, forcing the payment of NPD. At the same time, the decline in RLNG withdrawals would continue to lead to an increase in the number of pipes in the SNGPL pipeline transmission network, which would increase the risk of disruption of the gas transmission system. In this situation, SNGPL insists that the NPCC and the power plants respect the hourly flow limit to regulate the pressure of its line and mitigate its risks.

Therefore, such constraints result in uneconomical operation of RLNG plants while reducing the output of other cheaper power plants. After explaining the current scenario, the Energy Division submitted the following for consideration and approval by the Cabinet CCoE: (i) NPCC flexibility is allowed in the flow of RLNG on a daily, weekly and monthly basis for adjust unused RLNG due to dynamic electrical system. Accordingly, SNGPL will ensure the incorporation of flexible RLNG throughput requirements into its allocation of RLNG to the power sector, on a best effort basis.

This will allow an optimal use of resources at the lowest cost and will contribute to the reduction of the NPD in the electricity sector; and (ii) to protect the SNGPL pipeline network from damage, violation of the order of merit will be permitted due to operational system constraints leading to mandatory consumption of allocated RLNG.

Energy deficit: the CCoE must find a way out today

The Energy division also recommended that NEPRA could be advised to recognize the requirement of flow regulation as a constraint of the operational system of the energy value chain and, therefore, the cost of such constraint should be allowed in the ‘monthly fuel load adjustment (FCA); or (iii) the cost of the deviation from the order of merit is passed on equally to other consumers in the gas and electricity sectors.

NEPRA and OGRA may be advised to recognize the flow regulation requirement as a constraint of the operational system of the energy value chain and, therefore, the cost of such constraint should be allowed. In addition, Power Division will claim the pro rata cost of this non-compliance on a monthly basis from NGPL, which will be adjusted within 30 days of such claim.

The Power Division also proposed that the cost of the uneconomical shipment of the RLNG plants by NPCC could be allowed to the extent of meeting the planned firm removal commitments (APP / MPP as applicable). Accordingly, Nepra can be informed that the corresponding cost of such a constraint will be allowed in the monthly FCA cost.

The sources said all relevant stakeholders agreed to the proposal except for Nepra, who maintained that according to the grid code, EMO must be tracked while giving the shipment to power plants. Nepra argues that, based on SO’s observations over time, it appears that the supply of RLNG is limited to other expensive factories, adding that the proposal to operate RLNG factories from EMO cannot not be supported.

After detailed discussion, the CCoE did not approve the proposals and asked the Power division to review its recommendations in consultation with stakeholders.