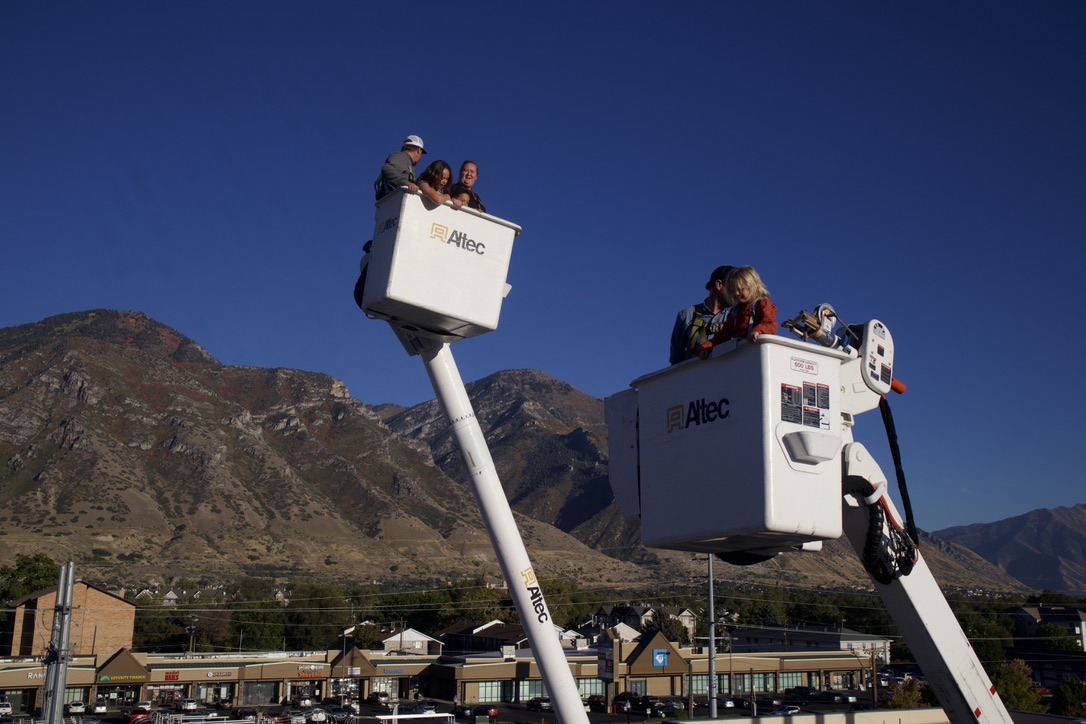 Provo City Power hosted a celebration to engage the public and raise awareness of the resources and services provided by the Provo Public Power Department on October 6th.

Members of the Provo community participated in activities, demonstrations and aerial lift rides. They also received a stamp on their “passport” to visit each section.

Provo City Power Deputy Director Scott Bunker said the purpose of the event was for “people to come away with a better understanding of our public power, of what Provo Power gives them.”

Although the Public Power Celebration has been a regular part of the community for many years, it has been discontinued in recent years due to the rise of COVID-19.

“We had more people than expected. We weren’t sure if people would remember or want to come back, and it looks like they did,” Bunker said.

Provo Power lineman Ryan Spencer said part of his job as a lineman is to repair power lines during outages to restore power to people. “We want to make sure that we maintain reliable power,” he said.

The City of Provo uses a public energy model to provide electricity to the community rather than a private commercial model. Public Energy is the largest nonprofit electric utility in the state, according to the City of Provo.

According to the American Public Power Association, more than 2,000 communities in the United States use public power, representing one in seven U.S. electricity consumers.

According to the association, the main characteristics of public energy are local control, non-profit operation, low-cost structure, community orientation and environmental responsibility.

The event incorporated many of these features, from engaging with the community to providing advice on how to be more sustainable in their energy use.

A booth focused on how to use electricity to advance sustainability efforts. They taught ways to reduce gas emissions by replacing gas-powered tools, using a heat pump and participating in their solar sharing system. They also suggested planting trees on the south and west sides of a home to reduce air conditioning costs.

Provo-native Brian Beaumont said he attended the celebration because he enjoyed meeting new people in the community and learning new things. As an arborist, part of his job is to keep trees trimmed and clear of lines, power companies play a part in cutting branches if they come within 10 feet of a line electric.

Provo Power posted on social media at the end of this year’s Power Week.

“As #publicpowerweek draws to a close, we can’t help but thank our employees who are the driving force behind the reliability of power and service to the customers we serve,” the post read. “The next time you turn on your lights, remember that we are here to serve you.”

Canadian economy slows in third and fourth quarters, according to new CFIB forecasts

> US Department of Defense > Contract