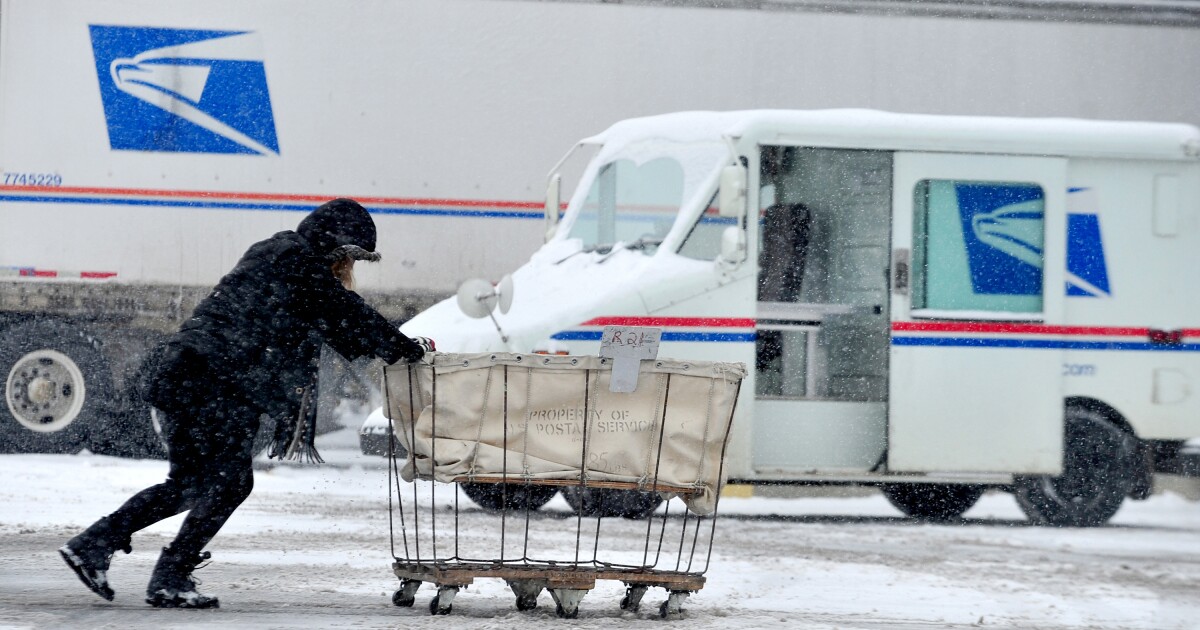 RRather than tackle the US Postal Service’s financial problems head-on, Congress is preparing another taxpayer-funded bailout.

Despite having already received $10 billion in coronavirus relief funds from the CARES Act, the Postal Service managed to rack up a net operating loss of $4.9 billion in 2021, a loss mainly due to the 20-year trend of declining first-class mail volume. In a rational world, this would lead the USPS to introduce cost-cutting measures to reduce labor costs, re-examine the viability of Saturday delivery, and reduce postal facilities to meet the demand of the public.

Unfortunately, Congress now appears poised to pass the Postal Service Reform Act, legislation pushed by postal workers’ unions that is broadly aimed at avoiding cost-cutting measures. Instead, it would pass on USPS expenses to taxpayers. A vote could take place in the House of Representatives as early as next week.

Of urgent concern to taxpayers, the bill contains a massive change in health care coverage that shifts the financial responsibility of the USPS to fund Postal Retiree Health Insurance benefits onto taxpayers through the system. Medicare. Under current law, health insurance benefits for postal retirees are covered by the Federal Employees Health Benefits Program. The USPS is currently required to make prefunding payments to the program designed to obtain full prefunding for its own retirees. In short, the USPS is required to fund postal retiree health insurance benefits itself.

The Postal Service Reform Act would instead create a separate Postal Service health benefits program for USPS employees, retirees, and dependents. While participation in the program would be voluntary for current postal retirees, nearly all current USPS employees and future retirees will no longer be eligible to participate in the USPS-funded FEHB program. Instead, they will be required to enroll in Medicare at taxpayer expense.

According to estimates by the Congressional Budget Office, this shift of future postal retirees to Medicare would increase Medicare spending by $5.6 billion through 2031. However, the CBO estimate only covers a 10-year window and fails to capture the true cost of the invoice. . According to the USPS’s own financial records, total annual retiree expenses for 2021 alone were $4 billion and are expected to reach $5.2 billion by 2026. So the real cost once all postal retirees get Medicare would likely be $40 billion to $50 billion.

Voters will raise their eyebrows when they hear the Postal Service Reform Act has won nearly 40 Republican co-sponsors in the House. The expansion of Medicare in this bill contradicts positions long held by GOP lawmakers to rein in Medicare spending and protect taxpayers. Throughout President Joe Biden’s first year in office, Republicans have toed the line opposing the Democratic fiscal and reckless spending spree, rightly attacking Democratic overspending for contributing to the highest levels of inflation. raised in 40 years.

Why, then, would Republicans give up fiscal responsibility now to bail out a unionized Democratic riding?

Republican lawmakers should stand firm and continue to oppose Democratic spending increases. Let the Democrats go home to their districts and explain to voters why taxpayers are to blame for the USPS not funding its retiree health insurance plans.