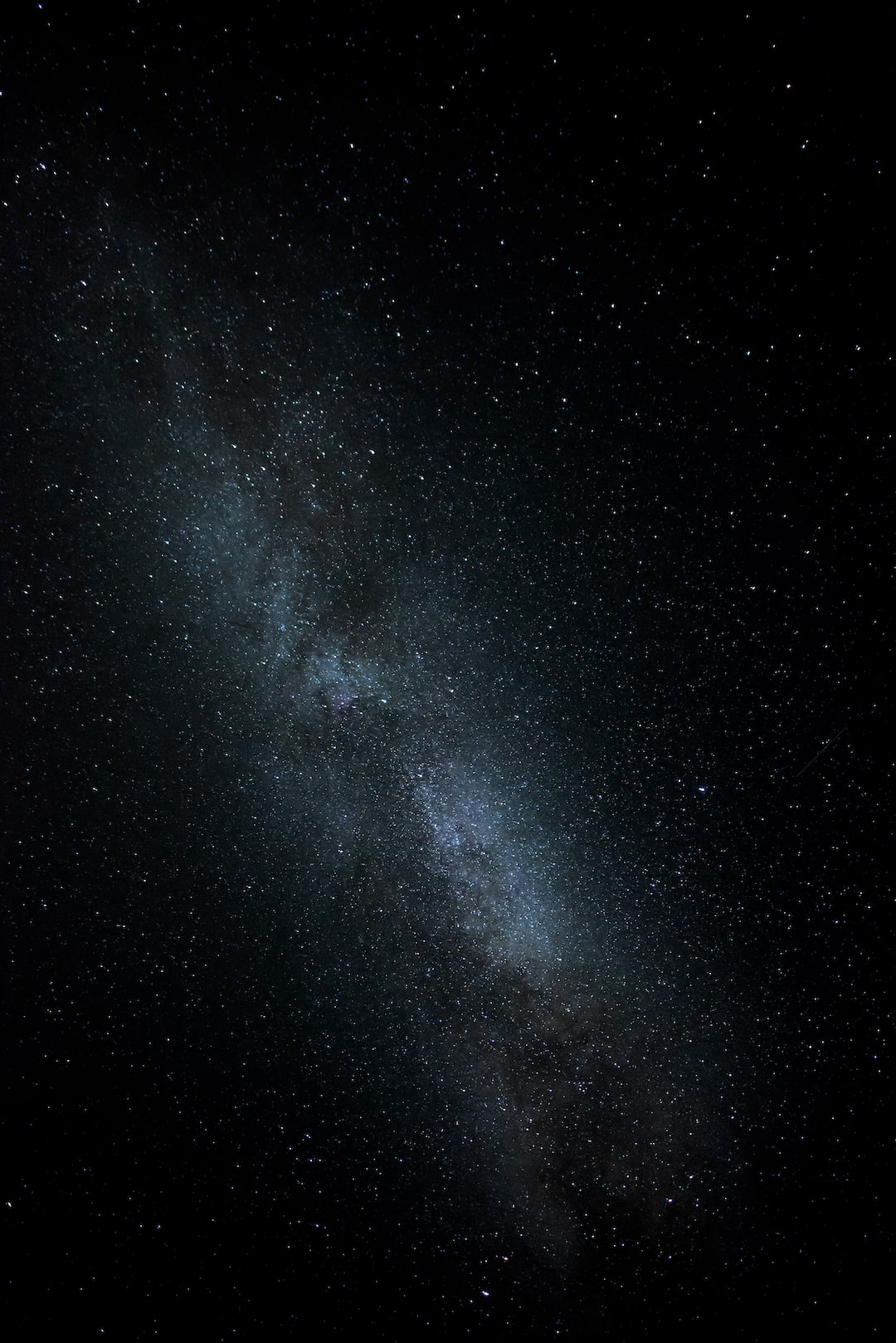 No COVID-19 climate silver lining in the US power sector

Our analysis of U.S. power sector CO2 emissions requires three types of data: net generation by fuel, emissions factors by fuel, and heating and CDDs. We obtain net generation by fuel from the U.S. Energy Information Administration (EIA) Form EIA-92329, which reports monthly generation and fuel consumption for every power plant. We obtain Form EIA-923 data for the period between January 2016 and December 2020. Monthly plant-level emissions are computed by multiplying fuel consumption for each plant by fuel code-specific emissions factors published by the EIA and U.S. Environmental Protection Agency (EPA)30,31,32. Total CO2 emissions for the contiguous U.S. are evaluated by aggregating plant-level emissions. We obtain population-weighted heating degree day (HDD) and cooling degree day (CDD) data from the EIA33.

We employ a Gaussian process (GP) regression model to forecast CO2 emissions in the contiguous United States. GP regression models are a class of Bayesian nonparametric models. They assume that every finite collection of random variables has a multivariate normal distribution. GP regressions can be used, as in our case, to forecast the likely ranges of variables corresponding to future periods based on observed historical data. GP regressions are appropriate for testing the statistical significance and estimating the uncertainty of outcomes impacted by seasons and other periodic variables34,35. GP regressions have been used to forecast electricity demand and prices, wind and solar power generation, CO2 emissions, battery state-of-charge, and optimal grid management strategies, among other related applications36,37,38,39,40,41,42,43,44.

We develop a GP regression that represents a counterfactual scenario in which the COVID-19 pandemic had not occurred. It is developed using the Python GPy library35. The GP regression is fit on vector time series data that describes CO2 emissions, HDDs, and CDDs in the contiguous U.S. To forecast CO2 emissions, we fit a constant term (bias kernel), a trend term (linear kernel), and a combination of sinusoidal terms (a standard periodic kernel) to historical CO2 emissions data. The constant and trend terms capture average year-over-year trends while the periodic term, which is constrained to model one-year periods, describes repeating seasonal patterns in the time series. Bias and linear kernels are used to model the impacts of population-weighted HDDs and CDDs on CO2 emissions. The GP model is fit using a SciPy implementation of the L-BFGS-B algorithm with five random restarts45. The L-BFGS-B algorithm is a standard optimization technique46,47; L-BFGS-B and multiple random restarts are commonly used to fit GPs. Our optimization settings yield model runs that are highly stable and reproducible. The GP model explicitly captures weather, medium-term CO2 emissions trends, and seasonality. We attribute the remaining Gaussian noise to factors that are not modeled explicitly, such as short-term macroeconomic changes, discrete or non-linear changes to the power-system, and outlier events.

The GP regression is fit to historical emissions data for the period January 2016 through February 2020, the last month before COVID-19-related shelter-in-place orders took effect. This historical period is long enough to obtain a strong model fit but not so long as to necessitate additional nonlinear approximations or more complicated multiyear regression methods. The regression model is used to forecast emissions from March through December 2020. Such a forecast is a probabilistic representation of what emissions would have been in a counterfactual scenario in which COVID-19 had not occurred.

We apply the same steps and use the same data sources to derive time seriesâ€™ for electricity generation (E) and carbon intensity of electricity supply (C/E) that we do to derive a time series for CO2 emissions.

We assess counterfactual and observed values of E and C/E. The counterfactual scenario assumes the continuation of historical power sector CO2 emissions in the absence of COVID-19. The same probabilistic modeling framework that is described in the previous subsection is used to estimate counterfactual values for E and C/E.

As in our counterfactual analysis of CO2 emissions, we include a linear kernel, a bias kernel, and a constrained standard periodic kernel in the GP regressions to capture both short-term and medium-term trends in E and C/E over a period from January 2016 to February 2020. Linear and bias kernels are also used for HDD and CDD data. The GP regression-defined counterfactual data is compared to observed data from March to December 2020.

E and C/E are modeled independently and the joint relationships between those terms are not modeled. As such, the product of the E and C/E values in a given month is not necessarily equal to C, the CO2 emissions that are computed in that month.

The locations, installed generation capacities, and variable costs of each coal-fired electricity generation unit in the seven U.S. electricity market regions are obtained from S&P52. Such data is obtained for 2019, the latest year in which data is available. Those data report the regional and zonal locations of each generation unit, the month and year that each unit entered into service, the operating capacity of each unit, and the variable and fixed costs of each unit. Coal-fired cogeneration facilities that produce both electricity and heat are excluded. Such facilities typically supply electricity directly to industrial and commercial facilities. It is difficult to estimate the profitability of such units because they do not earn electricity market revenues for the electricity they supply directly to those facilities.

Finally, an estimate of the weighted average cost of capital (WACC) of coal-fired electricity generation units is obtained from the U.S. National Renewable Energy Laboratory (NREL) Annual Technology Baseline 201953. We adopt an annual WACC of 4.61%.

The profitability of coal-fired power plant units is estimated. The profitability (P) for a given month (m) and generation unit (u) is calculated as that unitâ€™s electricity and capacity market revenues (Em,u and Cm,u, respectively) net of variable operating costs and fixed operating and maintenance (O&M) costs (Vm,u and Fm,u respectively):

The use of PDCs is illustrated in Fig. 6. In Fig. 6, we show two PDCs that correspond to hourly electricity prices in June 2020 in the American Electric Power (AEP) zone in the PJM region. The prices in Fig. 6a reflect an electricity price forecast published by the EIA in January 2020, prior to shelter-in-place orders, and the prices in Fig. 6b reflect actual prices in June 2020. The horizontal dashed lines reflect the variable operating cost ($/MWh) of a coal unit in the AEP zone, “Rockport ST1.â€ Monthly electricity market profits are shown in blue and monthly total variable operating costs ($) in yellow. The vertical gray lines indicate the numbers of hours in which it is profitable for Rockport ST1 to operate in each of the two scenarios.

Four of the seven electricity market regions, MISO, New England, New York, and PJM, run annual or bi-annual generation capacity auctions in which those regional operators solicit bids from generation units to be available to provide capacity in a future capacity commitment period51.

Capacity market revenues are calculated for every coal-fired electricity generation unit in New England, New York, MISO, and PJM, and for every month in the period from March 1, 2020 to December 31, 2022.

The overall profitability of each coal-fired generation unit is estimated for the period between March 1, 2020 and December 31, 2022. The overall profitability (P) for each unit (u) is estimated as the sum of discounted cash flows in each month, where m ranges from 1 to 34, the number of months in the period. Lm is the monthly nominal net cash flow, and r is the WACC (Eq. (4)). We apply a monthly WACC of 0.38% that we derive from an annual WACC of 4.61%, consistent with the NREL Annual Technology Baseline 2019.

Further information on research design is available in the Nature Research Reporting Summary linked to this article.