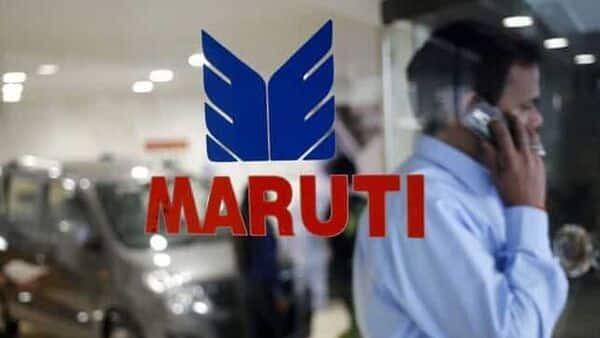 Maruti Suzuki stock rises 46% from its lowest level in 1 year thanks to a strong second quarter. Should I buy?

The market capitalization of the company is approximately ₹2.87 lakh crore.

Maruti is also among the dividend king stocks. In FY22, the company paid a whopping 1,200% dividend totaling ₹60 per share. Currently, its dividend yield is around 0.6%.

At the end of the September 2022 quarter, pending customer orders stood at approximately 412,000 at Maruti, of which approximately 130,000 vehicle pre-bookings are for newly launched models.

Is it worth buying Maruti shares after Q2 results?

The Reliance Securities expert reported that the company plans to introduce more vehicles including more CNG variants into the existing product portfolio. Moreover, he expects a better response from the hybrid segment compared to electric vehicles in the next 1-2 years due to various factors. Its recent launch of the new Grand Vitara with a booking of >75K indicates strong response for new products with 35% strong hybrid is preferred in its Grand Vitara backlog.

Additionally, Maruti expects most new bookings to be geared towards the best variants, which will result in better ASPs and better margins.

The brokerage firm’s expert believes that its product portfolio would remain strong in FY23 with the number of new launches (especially in the SUV segment), refreshes and increased CNG options. This would promote its market share gain and gradual growth in the future. MSIL’s healthy CAPEX plan on capacity and network expansion would drive industry-leading penetration and volume growth.

“We expect a favorable currency impact on export realization and lower import costs (due to JPY weakness) to feed through to 3QFY23 P&L. These factors would increase its margins to double digits in 2HFY23E. We expect its EBITDA margins to grow from 9.3% currently to 11.8% in FY24E,” Shah added.

Shah further added, “We expect MSIL’s domestic volume to grow 26% in FY23E. We estimate a solid CAGR of 15% for export in FY23.” 22 to FY24E, driven by better sales from the Toyota combination. Taking into account better volume and ASP, we are revising our revenue estimates by 4% and 5% for FY23E and FY24E.”

Additionally, Shah concluded that “we believe that increased production due to ease of semiconductor supply issue, favorable currency and stable input cost would improve MSIL’s operating margins. going forward. Accordingly, we are increasing our EBITDA margin estimates by 60bps/76bps for FY23E/FY24E. Accordingly, we are increasing our EPS by 15%/11% for FY23E/FY24E. Given the strength of the basket of products, market share gain, strong yield rates and likely improved margins ahead, we reiterate our BUY rating on MSIL with the revised Target Price of Rs 11,000, valuing the stock at a revised P/E multiple of 27.5x.”

Meanwhile, in a report, ICICI Direct analysts said, “MSIL’s share price increased approximately 2.2% CAGR from ₹8,114 levels in October 2017, broadly in tandem with the Nifty Auto Index at this time.”

Disclaimer: The opinions and recommendations made above are those of individual analysts or brokerage firms, and not of Mint.

Catch all the trade news, market news, breaking events and the latest updates on Live Mint. Download the Mint News app to get daily market updates.