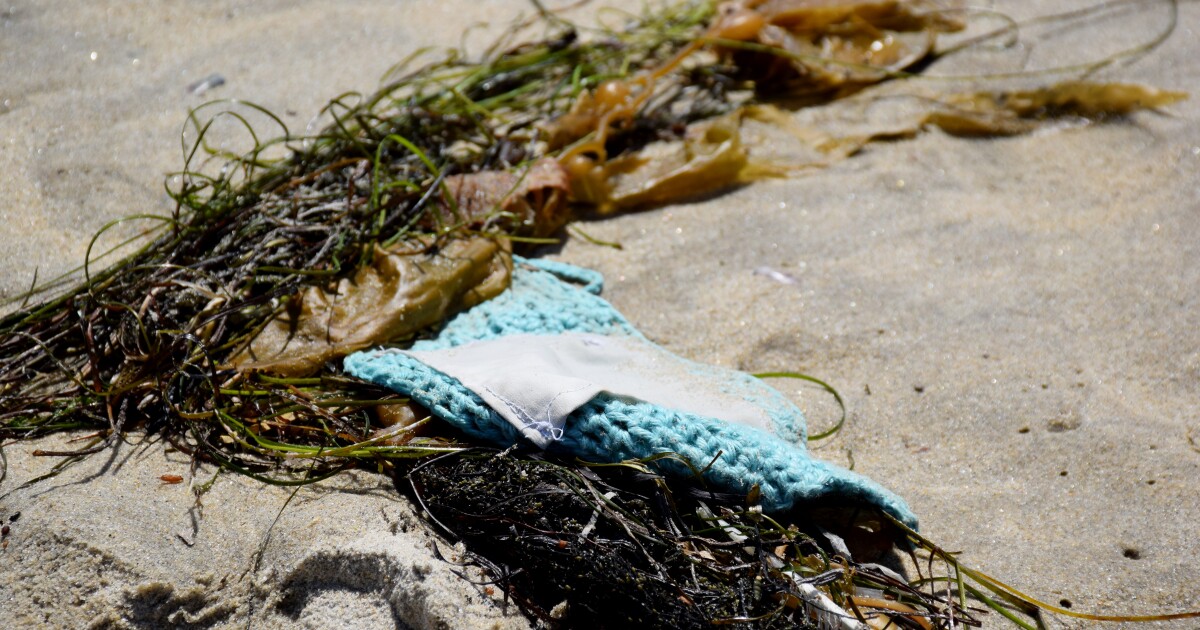 Mailbag: The privileged power structure imposes its will on the public

Re: The OC woman has not been vaccinated against COVID-19. After 6 months in hospital, her outlook has changed, January 13 Daily Pilot, Too often, as oppressed and frustrated citizens, we unload our spleen on the exposed victims of privileged forces that directly or indirectly impose their will and control. , the majority. In our frustrated helplessness, we exclaim, “Well done, Wynter Ho, don’t make the obvious, get vaccinated. Thinking a little more about the situation, we might see that too much of the power structure still has a toxic oar in our nation’s tide. A whole political party and overly toxic media are still free to poison our minds and cast doubt on science and anything that serves their favored cause. Even six Republican-appointed members of SCOTUS, trained in the bias of corporate neoliberalism, are undermining the common good, crushing a vaccine/testing mandate based on congressional legislation. We should know that a lot of power and financial resources are behind this selfish greed fest built by the privileged few. The corporate culture, with the advent of the “Powell Memorandum”, in the 1970s, engineered this peaceful coup, cultivating their agents within the Republican Party to do their bidding. Democrats also contributed. So how do we focus this anger on the accumulated infrastructure of the courts, the media, the economy and the government making corporate deals, rather than suffering victims like Wynter Ho?

Poseidon, a Canadian hedge fund in the early stages of presenting its desalination project, promised that it would not need taxpayers’ money for the project since it had more than enough funds. Now, when there is an opportunity to receive part of a $510 million allocation, its backers are on the front line with the exclusion of the homeless community. Desalination water costs $2,900 per acre-foot compared to imported water which costs $900 to $1,000 per acre-foot, and the increased costs will also be part of taxpayers’ monthly bills .

Converting motels into housing and building affordable housing for the homeless is why this money was set aside. Poseidon’s plans call for the desalination plant to be sold as soon as it is built. That’s what the company did with the Carlsbad plant, and there’s no reason the Huntington Beach plant should be any different.

Are water costs related to waste?

The water district voted last week to increase the cost of our water by 35% over the next six years. They sent out an informational notice regarding increased costs during the holidays, which I’m sure everyone has read!

There was no mention of the Poseidon desalination project which is about to be approved and which will probably increase our water costs as well.

Being unaware of the water issues, I can’t agree or disagree with their need to raise water prices, and I doubt 98% of the public can. However, there are ways to be more fiscally responsible.

Board salaries range between $27,000 and $35,000 per year with health benefits. They earn $310 per meeting, which lasts approximately one hour to 90 minutes.

When comparing their salaries to Newport-Mesa Unified School Board salaries, there is a stark difference. School counselors earn $470.11 per month or a total of $5,641.32 per year. They have at least two meetings a month and their meetings last five to six hours or more each. Last year they held 34 meetings.

The water district should consider ways to reduce its own administrative costs and not increase the cost of our water by 35%.

The theater would elevate Estancia

Newport-Mesa School District voters approved a bond measure in 2005 and again in 2010 with the goal of modernizing our aging schools, improving campus safety, and several special projects such as two college enclaves , theaters and sports facilities. Much has been done under the direction of our school board; however, one important project remains: a theater at Estancia High School commensurate with the theaters of the other three comprehensive high schools.

A modern theater not only enhances music and performing arts programs for high school students, but also provides a venue for elementary and middle school students in the Estancia area. The money is allocated, the design and location approved two years ago by the Measure F oversight committee, the school board and the Estancia school community. So what’s the heist? Our own Costa Mesa “City of the Arts” city council sued to stop the project.

Why do you ask? They believe that the long standing non-native sycamores in front of the school should not be removed. The approved project includes not only a beautiful theater in front of the school and a safer and more secure campus, but the planting of even more trees around a student area free of debris produced by sycamores.

While their initial lawsuit was recently dismissed by the court system, the city has now filed an appeal, possibly delaying the project even further. As a longtime resident of Costa Mesa, I have seen the city remove many mature trees to improve roads, residential areas, and erect buildings, as is their responsibility. The property of Estancia High School is owned by the district and decisions regarding this property are made by the elected school board overseen by the state for safety and environmental impact. These taxpayer-funded delays prevent Estancia students from getting the educational equity they deserve.

We all love trees and nature. In fact, Estancia High School is bordered by the Costa Mesa Golf Course and Fairview Park offering even more trees. The question remains…why is the “City of the Arts” preventing the elected Newport-Mesa School Board from providing a full and equal arts education to Costa Mesa students?

Support our coverage by becoming a digital subscriber.