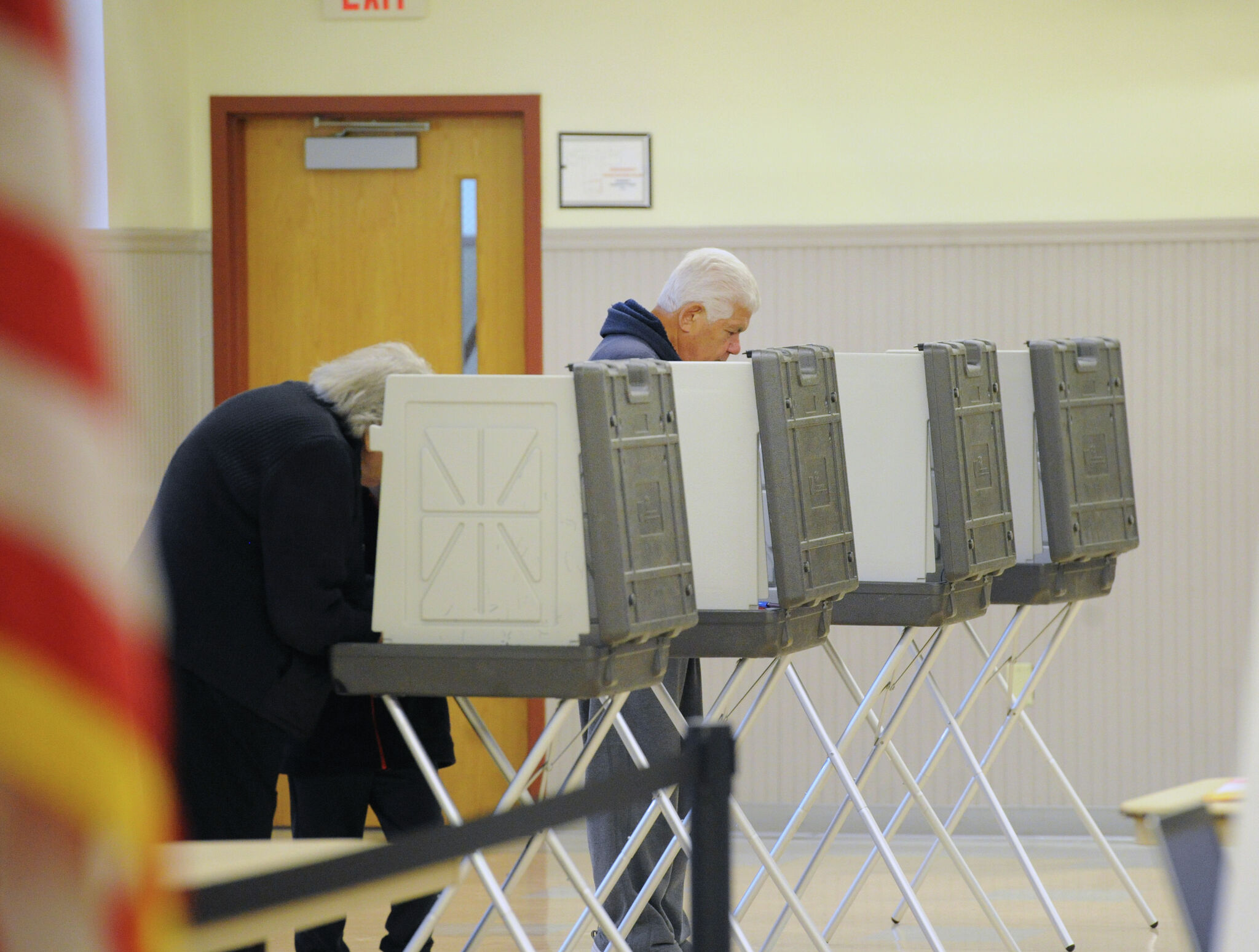 As voters prepare to cast their ballots this fall, inflation and the high cost of living have become major concerns in southwestern Connecticut.

In local elections for the state legislature, candidates lay out different strategies to ease consumer pain at checkouts and gas pumps.

In a recent voter survey conducted by Hearst Connecticut Media, voters placed cost-of-living increases and abortion as the top issues they consider when considering candidates for the Nov. 8 election.

On the issue of inflation, there is a substantial divide over how candidates for House of Representatives and state Senate seats craft proposed solutions, based on party lines.

Democrats point to a $650 million tax relief package that went into effect in June, including a $250 tax credit per child, aimed at bolstering family income. Democratic candidates are also touting the removal of the state gasoline tax through the end of November, as well as lowering the cost of public transportation. They cite measures they and their political allies spearheaded in Hartford that eased the financial burden on middle- and low-income people.

Republican House and Senate candidates, meanwhile, are using the inflation issue as a political tool to sway voters to their side, aiming to blame rising inflation on the President Joe Biden and Connecticut heads of state. They are also pushing for tax cuts, less regulation on businesses which they say stifles growth and reduces “bureaucracy”.

Summarizing a number of talking points that Democratic candidates rolled out during the campaign trail, Matt Blumenthal, a Democrat seeking re-election in the 147th House District covering Stamford, said the tax break is an important tool to lawmakers to lessen the pain of higher consumers. costs.

“We must continue to fight inflation and increase economic opportunity for middle-class and working families across our state. This year, we passed the largest tax relief ($650 million) in the state. state history, including a child tax credit, the suspension of the gas tax, the end of the retirement income tax, [and] reduce property taxes for retirees,” Blumenthal said. He also noted that the state is preparing to send hundreds of millions of dollars to Stamford for school construction projects in the coming years.

“We should continue to provide as many tax breaks as possible to working-class and middle-class families, including our gas tax suspension and free bus service. We should be providing home heating assistance for this winter,” Blumenthal said.

Republican candidates are promoting tax cuts and other cost-cutting measures for the business community, among other strategies, to reduce the cost of living in the state. They also want to scrap a highway use tax on trucks due to come into effect in 2023.

“I would like to see: income tax for families earning less than $175,000 per year reduced, road use tax on trucks starting in January 2023 repealed, sales tax reduced and meals removed, and all taxes and fees repealed that cost more to collect than they generate,” said Jessica Demmo, Republican candidate up for election as State Representative for the 146th District of Stamford.

Kim Fiorello, a Republican running for re-election in the 149th House District covering Greenwich and Stamford, added her support for tax cuts and lower business fees.

“I will continue to fight tax and fee increases, wasteful spending, unfunded mandates, corporate welfare, income redistribution programs, etc., which drive up the cost of living in Connecticut,” she said.

Republicans such as Mitchell Bell, who is running for office to represent Stamford’s 144th District, are seeking to convince voters they are on the state’s small business side.

Bell said it aims to “reduce government regulation and taxation as much as possible to get out of the way of innovators and small businesses.”

Republicans have also used inflation as a political issue to criticize Biden in particular and Democrats in general for rising food and gas prices.

Democratic candidates note that controlling inflation is beyond the reach of state lawmakers. “Inflation is a national problem. I can’t move supply chain issues,” said Steven Meskers, a Democrat seeking re-election in Greenwich’s 150th District. He cited logistical problems in the global supply chain as one of the factors behind the rising prices in the country and around the world.

But state authorities have the power to cut energy and health care costs, Meskers said.

“I want to stop the upward spiral of health care costs by working to improve this cost structure, revising the certificate of need and increasing competition in pharmaceutical prices,” he said.

As for the high cost of electricity, Meskers said, “We should reduce electricity tariffs by transferring environmental policy to the general fund and eliminating third-party energy suppliers.

Similarly, Scherr, a Republican, expressed support for an overhaul of state regulations in Hartford and “the repeal of laws and regulations that have disconnected Connecticut from open and competitive electricity markets.”

A number of candidates have their own initiatives they want to pursue in the state legislature to ease the financial burden on middle-class and working-class residents of the state.

Corey Paris, an incumbent Democrat from the 145th House District in Stamford, has made cutting education costs a priority.

“If you are re-elected to this position, two priority and focused issues will remain: student debt cancellation and early childhood education,” Paris said. “Both issues pose unprecedented challenges for young people, working families, our economic prospects and the prospects for our future in multiple areas of interest. During the previous session, I was proud to present a project bill to create a student loan forgiveness program for Connecticut residents who attended school in our state and remained in our state post-graduate education experience.

Thomas Concannon, an independent running for office in Stamford’s 146th District, said Connecticut’s reliance on small town government to provide a full range of municipal services is costly. He is in favor of a more regional approach to government services, as a cost-saving measure that would reduce taxes.

“As one of two states without a form of county government, Connecticut is doing on a small scale and at very high cost what other places are doing on a much larger scale,” Concannon said, “ I support the regionalization of local services, with larger cities retaining control over education, public safety and zoning.

Many candidates have also expressed concern for residents facing high costs at the supermarket and gas station – they hear it all the time from voters – and are eager to show the public that they see a urgent need to take the issue seriously.

“The rising cost of living has been tough on all of us,” said Hector Arzeno, a Democratic candidate running for Greenwich’s 151st district.

David Michel, an incumbent Democrat from Stamford’s 146th House District who works on initiatives to create affordable housing, said, “This is crucial for many working families across the state. If we don’t work on it urgently, we can expect worse health, then less access to work, then less access to food.