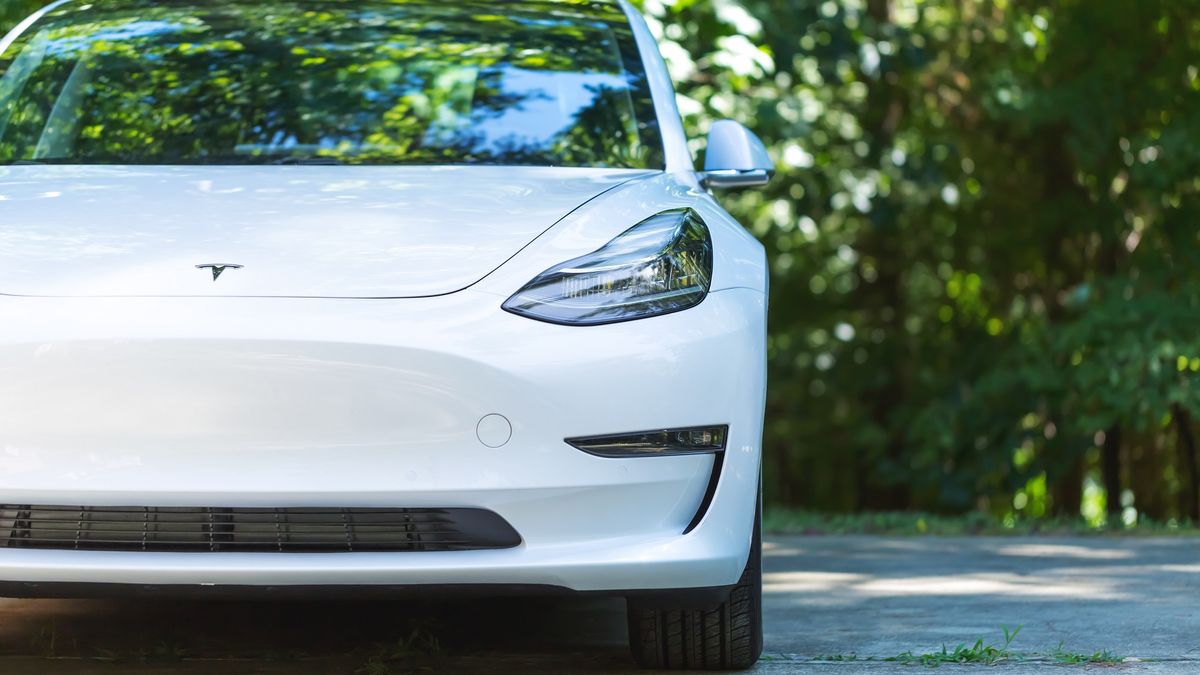 If you find yourself in the mood for a shiny new electric Tesla, I tell you now that you are potentially making a huge mistake. While I wouldn’t normally discourage people from switching to an electric car, there’s a very good reason why you shouldn’t buy a Tesla right now. Certainly not one of the cheapest models, anyway.

It all comes down to the Clean Vehicle Credit, also known as the Federal Electric Vehicle Tax Credit. Worth up to $7,500, this credit can significantly reduce the cost of purchasing an electric car. Eligibility criteria are also changing, allowing drivers to claim the tax credit on currently ineligible cars, including Tesla.

This means that now is the worst time to buy a Tesla, but the best time to order one is coming very soon.

In August, some changes were made to the federal tax credit for electric vehicles, as part of the Inflation Reduction Act.

One of the most crucial elements of the change is that the original cap of 200,000 sales is now lifted. So not only will cars stop losing eligibility for being too popular, but drivers will be able to claim up to $7,500 off the cost of purchase from a car manufacturer that has reached the sales at some point in the past.

However, there are certain conditions here. First, all electric cars must have been assembled in North America or those cars will not be eligible for any tax credit. The second is that cars over $55,000 and trucks or SUVs over $80,000 will not qualify. The final condition to note is that the sales cap will not be lifted until January 1, 2023.

Tesla does its final assembly in the United States, but hit the 200,000 sales milestone several years ago. This means that no Tesla will be eligible for the EV tax credit until January 1 at the earliest. Tesla’s own pricing structure also means only three of its cars will actually qualify.

Those that qualify are the standard Tesla Model 3 range, which starts at $46,990, and the Long Range and Performance Tesla Model Y models – which start at $65,990 and $69,990, respectively. Since the Model Y is an SUV, that means both models should fall into the $80,000 price cap category, just like the standard-line model, which has yet to be officially confirmed and whose the price is assumed to be around $60,000.

What happens if you order a Tesla now?

Tesla’s wait times are known to be pretty extreme, but we’ve seen delivery estimates drop over the past few weeks. Right now, there’s a good chance you’ll be able to buy one of these three cars before the end of the year.

In either case, there’s a very good chance that ordering today will mean your car arrives before the tax credit restrictions are lifted. That’s up to $7,500 that you won’t get back, in other words.

Of course, there are still a few unknowns, particularly about how the IRS will handle the end of the sales cap limitations. Specifically, whether tax credits will be available for drivers who reserve a car now (with a refundable deposit) but don’t take delivery until next year.

In August, when the Cut Inflation Act was signed into law, the IRS allowed some leniency for people who ordered newly ineligible cars. The transition rule (opens in a new tab) is that if someone paid a non-refundable deposit or at least 5% of the final sale price before August 16, they could claim the tax credit under the old rules.

Of course, something similar could happen with the lifting of the sales cap. Provided you don’t lock in a sale or take delivery of a Tesla by Jan. 1, you may be eligible for the credit.

We should clarify that the IRS has not confirmed any details about the changes to the electric vehicle tax credit on January 1. In fact, as far as we know, it’s still figuring out what the failover rules should be. If I were you, I’d just wait until January to order my Tesla, or at least until the agency confirmed all the fine print on the transition period.

If you’re looking for a different Tesla, one that costs more than the price cap allows, then there’s absolutely nothing to lose by ordering ASAP. This includes both the Tesla Model S and Model X models and the Performance Model 3. The Long Range Model 3 would also be ineligible, but Tesla has suspended orders until next year.

It doesn’t matter if those cars arrive tomorrow or next year, you won’t get that tax credit. You might as well eliminate some of the waiting. Again, the way things are going, it’s not that important to invest in an electric car right now.

Gas prices are falling too

The recent record spike in gasoline prices has helped drive home how electric cars are cheaper to run. Even though the cost of electricity rose, it was still dwarfed by the cost of a gallon of gasoline in June – the national average exceeding $5 a gallon.

Some people have therefore decided that now is a good time to buy an electric car, against the advice of some money-saving experts. After all, spending tens of thousands of dollars you wouldn’t otherwise spend on a new car is no way to save money.

If you are in a position to buy and charge an electric car, we certainly encourage you to do so. But if you haven’t already planned to replace your car, now is not the time to do so. Especially if you were worried about the price of gasoline, as it has started to fall to less insane levels.

In short, the cost of driving is slowly coming down, minimizing the savings you would get from buying an electric car, including Tesla. Which means you can probably afford to wait a little longer before making your purchase.

Are there any downsides to expect?

If you order a Tesla today, the price you pay will be locked in. If you wait and Tesla decides to raise prices again, you’ll be stuck paying the latest and most expensive price. It’s rare for Tesla to announce price increases in advance, and you won’t know until after it happens. Waiting is therefore, in essence, a gamble.

You have the choice to delay placing an order so you can claim up to $7,500 from the IRS, or lock everything in now and guarantee the price you pay, potentially sacrificing the tax credit in the process.

No one can make this decision but you, so you will have to decide which option you prefer to take. Or more specifically, what will upset you the least if you end up on the losing side.

At the end of the line

Nothing is stopping you from buying an electric car right now. You just need to know which cars are actually eligible for tax credit before making your decision – and more importantly why certain cars are not eligible.

For a lot of electric cars, it’s all down to the fact that they’re not assembled in North America, and that’s not likely to change any time soon. For Tesla and General Motors, it’s all down to aspects of the previous tax credit that are temporarily lagging. Fortunately, this warning already has an end date in less than four months.

$7,500 is no small amount of money, even on cars that cost over $60,000. So if you want to maximize your savings by buying a shiny new Tesla, you’ll want to wait a little longer to place that order. And let’s hope Elon Musk doesn’t jack up prices yet again.

Counting the Cost of Inheriting a King | Letters