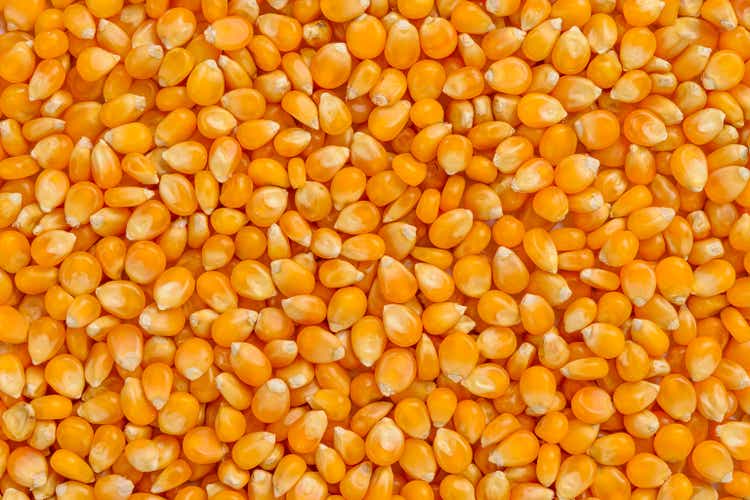 Invesco DB Agriculture ETF: Only the benefits ahead (NYSEARCA: DBA)

If we look at a long-term chart of Invesco DB Agriculture ETF (DBA), we can see that stocks have broken out above their multi-year cycle trend line. Although stocks appear overbought on the RSI due to the sustained rally that has been taking place for several months now, this in itself is not a sign that a top is near. The reason for this is that the fund’s MACD indicator, which is now well above the zero line, should attract new investors to the fund here. Moreover, there is no significant divergence from the moving averages of the indicator, which means that the probability is high that this bullish trend will indeed continue.

The momentum on the technical chart was fueled by strong asset flow growth that continues to outperform the asset class average. Assets under management have increased by nearly 27% in the last 30 days alone, while the average fund in this asset class has increased its inflows by just over 22%. Although investors may lament that DBA pays no dividends and has an above average expense ratio of 0.85%, this fund has significantly more assets under management (now well over 1.1 billion) compared to other funds in this area.

Suffice it to say that we continue to place a greater emphasis on fund liquidity than competing funds for the following reason. For example, the cost of selling and buying the ETF is directly correlated to the width of the bid/ask spread. If the spreads aren’t tight, you’re essentially paying more for the stock because it’s virtually impossible to get filled halfway through. Sometimes dividend growth investors can overlook this in that every time capital is reinvested into an illiquid fund, profit is essentially lost due to the price paid for the stock.

If we go to the daily chart, we can see that the recent DBA rally has pushed stocks well above their major moving averages. Although volume trends, as well as money flow, remain in bullish mode, the fund’s momentum indicator may hint (where we have divergence) that a short-term bearish move might be at hand. At the end of last year, however, we had a similar setup, but the price of the fund did not act on the momentum divergence. Suffice it to say that we can use the fund’s liquidity and more specifically in its options to improve our odds here from a long perspective.

What we would be looking at here would be selling the July cycle $22 put at par, which is currently trading at around $1.50 per contract. This would give us a cost base of around $20.50 per ETF share, which would bring us back exactly to the fund’s 50-day moving average. Some investors may wonder why we would move to a cycle (July) that is 130 days to expiration when the derivatives industry, in general, is built on shorter-term strategies. Options are usually sold on a monthly or even weekly basis to take advantage of theta decay. So here are some opposing points:

So, to sum up, Invesco DB Agriculture ETF attracts us for a number of reasons. The fund has more cash than its peers and momentum remains strong thanks to robust growth in assets under management. Additionally, the recent surge in implied volatility allows investors to exploit long deltas here at an advantageous cost. We look forward to continued coverage.

Create an administrative system for all