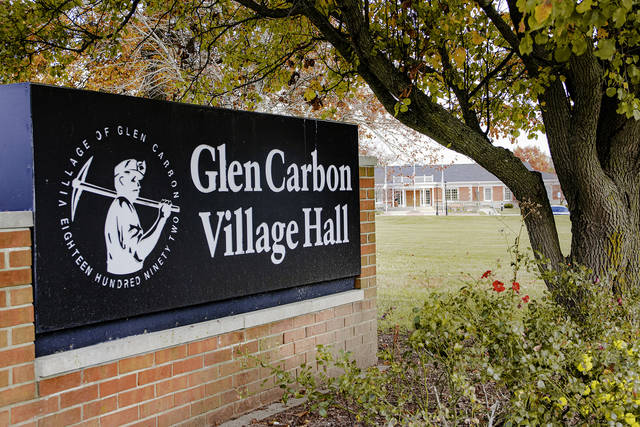 Glen Carbon’s finance and administration committee on Monday discussed the draft budget and tax levy for 2023 and changing the convenience fee for customers who pay their utility bills by credit or debit card.

Currently, customers who use the cards or e-checks to pay utility bills online or at city hall must pay a $4 convenience fee. If customers have the funds withdrawn through a recurring automatic draft from a checking or savings account, there is no charge, said Kelly Korte, the village’s finance manager. She said the fee amount was set in 2010.

“I did some research and I think we should bring it back to where we just cover our costs,” she said. If a customer sets up autopay using an eCheck for their bill each month, it incurs a $2.25 fee. If it’s a one-time e-check payment, it’s $2.75, she said. Debit/credit cards have a flat processing fee of $1.85 and then charge 0.60% of the transaction amount.

The village is working with its software provider to verify the processing capacity to update the convenience fee and will consider implementation after this verification and the village council’s approval of the updated fee structure . All customers interested in the free automatic draw option can contact the town hall to register.

Korte said she wanted the committee’s feedback on changing the fee from $4 to the cost paid by the village, believing residents would be happy with the change.

Korte said she would recommend at the next finance meeting to bring the matter to the full board. It will formulate it in such a way that the article is reviewed to modify the cost semi-annually or annually as needed.

The village’s fiscal year mirrors the calendar year, so fiscal year 2023 begins on January 1. Korte said he met with Mayor Bob Marcus, Bowden and staffers last week to discuss the new budget. There have been some changes to the data, but she thinks it’s a good starting point to look at.

She suggested that the committee take the time to review the draft budget and let her know of any questions or concerns. Bowden said department heads will be present at the next finance committee meeting in November. There will be a public hearing on the new budget next month and it will be formally adopted at the village council meeting on December 13, the last of 2022.

Bowden said capital projects and personnel changes were among the budget topics.

As for the tax levy scenarios for fiscal year 2023, they ranged from an Equalized Assessed Assessment (EAV) remaining stable, increasing two percent, or increasing three percent. Korte recommends assuming a 3% increase based on historical averages over the past decade of 2.9%. Over the past five years, it has increased by 3.9%.

Some elements of the charge are set by external bodies, such as the police pension fund. There are also bond ordinances related to the 2020 street bond which are not under the control of the village.

No public hearing on tax truth will be required as the village levy will not meet or exceed the five percent threshold.

Last year’s tax levy was 0.7027 and preliminary data would put this year’s rate at 0.7049. As with the budget, committee members have time to review data and supporting documents before making decisions and voting at a later date.

IT modernization with a sustainability edge