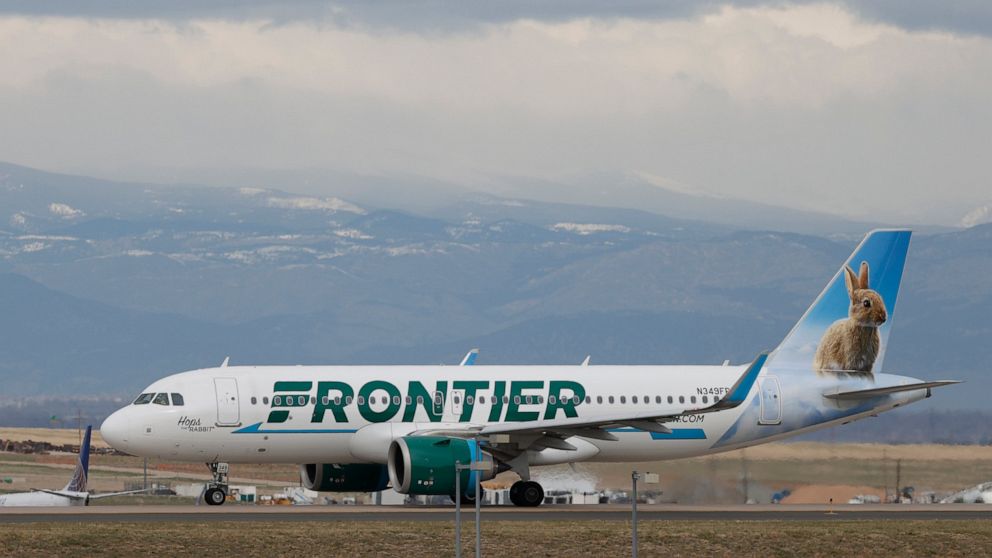 Frontier Airlines and Spirit Airlines are proposing to combine in a $2.9 billion deal that would create a bigger budget airline to compete with the nation’s dominant carriers and, they say, promote lower fares.

Both are ultra-low-cost carriers that tempt travelers with rock-bottom prices for no-frills service, but often generate more than their share of consumer complaints.

The deal is likely to come under scrutiny from antitrust regulators in the Biden administration, which has signaled a tougher line against big-company mergers. Consumer advocates have criticized the Obama administration for allowing a series of major airline mergers that have significantly consolidated power in the industry.

However, the Frontier-Spirit combination would only rank fifth among US airlines in passenger carrying capacity and seventh in revenue. Frontier and Spirit present their merger as a counterweight to American, Delta, United and Southwest, which together control about 80% of the US airline market.

“The Biden administration has been very clear over the last year that it wants to promote competition in the airspace, and that’s really a response to restore the balance from a competitive perspective between the four big,” Frontier CEO Barry Biffle said in an interview.

Savanthi Syth, airlines analyst for Raymond James & Associates, said that due to the relatively small size of Frontier and Spirit, she would not expect antitrust issues “in a normal environment…but given that the administration’s “fat is bad” approach, we would expect an objection.

The Biden administration filed a lawsuit last September to block a partnership between American Airlines and JetBlue in the Northeast, saying it would reduce competition and drive up prices. The case is pending.

Airlines are struggling to recover as the pandemic stretches into a third year. Both Frontier and Spirit announced Monday that they incurred fourth-quarter losses — $87.2 million for Spirit, $53 million for Frontier. Both also posted full-year losses for 2021.

The airlines say that if they are allowed to merge, it will create many new routes that are currently not served by ultra-low-cost carriers, resulting in savings of $1 billion a year for consumers. They also claim that the combined company will grow and create 10,000 new jobs by 2026.

Ultra-low-cost airlines have shaken up the airline industry in recent years, using their lower-cost structure – including younger workers – to drive customers away from well-established carriers and attract people who are reluctant to pay major airline fares. Frontier and Spirit claim their costs are up to 40% lower per mile, which will discourage major airlines from matching their prices.

Budget airlines, however, lack the advantages of giant carriers. They don’t fly long international routes, they have smaller frequent flyer programs, and they tend to operate fewer flights per route, leaving fewer options to rebook passengers if a flight is canceled or delayed.

Frontier and Spirit often have some of the highest complaint rates in the industry – they ranked last and second to last in the Department of Transportation’s latest monthly figures. Many of these complaints relate to canceled or delayed flights. The airlines say that by combining, they will create a more reliable airline with less flight disruption.

While the airlines were saying that, the Federal Aviation Administration ordered all Frontier flights grounded nationwide due to “automation issues.” By noon, Frontier had canceled more than 110 flights, more than 20% of its schedule, and delayed a similar number.

Frontier spokeswoman Jennifer De La Cruz said the issue was a technology-related issue that has been resolved. She said the airline was working to reinstate its flight schedule for the rest of the day.

Between them, Frontier and Spirit have about 280 planes and more than 350 on order. Spirit CEO Ted Christie said the combined airline would add new routes across the United States, Latin America and the Caribbean.

The airlines did not announce the name of the merged company, its CEO or the location of its headquarters. Frontier Chairman Bill Franke, who heads a committee that will make those decisions and chair the new company, said there was no reason to announce such things until it was clear that the merger will materialize.

“Right now we need regulatory oversight, regulatory support for the transaction. It could take a few months,” said Franke, who was once chairman of Spirit and whose investment firm Indigo Partners is now the largest shareholder in Frontier.

The companies expect to complete the transaction in the second half of the year. It still needs the approval of Spirit shareholders.

What are the new capital gains rates for 2022?