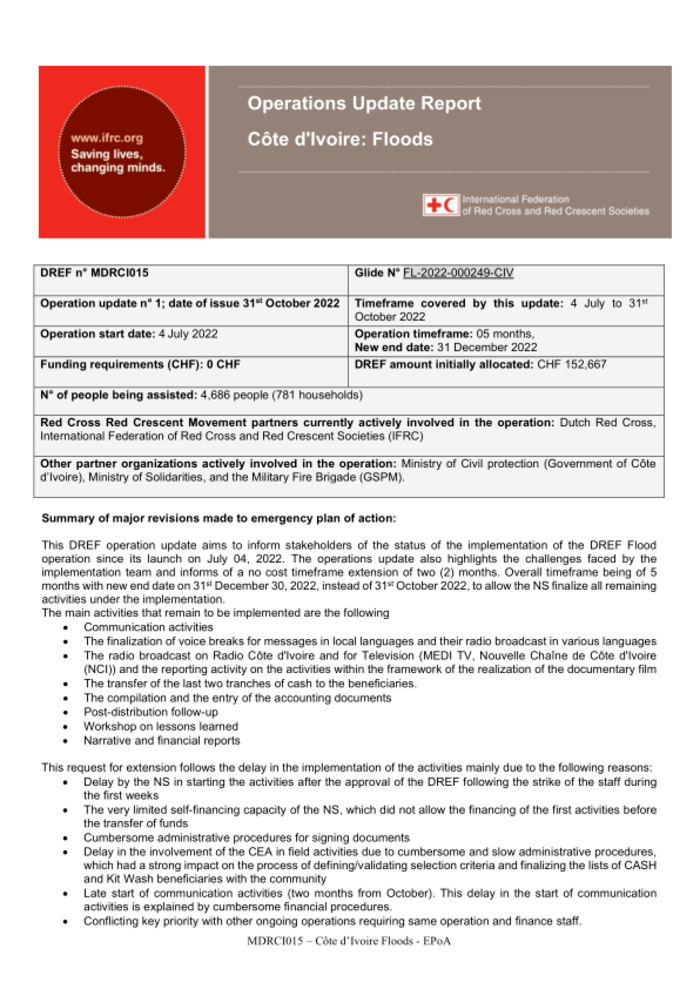 Summary of major revisions to the emergency action plan:

The main activities that remain to be implemented are the following:

• The radio program on Radio Côte d’Ivoire and for Television (MEDI TV, Nouvelle Chaîne de Côte d’Ivoire (NCI)) and the reporting activity on the activities within the framework of the production of the documentary film

• The transfer of the last two cash installments to the beneficiaries.

• Compilation and entry of accounting documents

This request for extension follows the delay in the implementation of activities mainly due to the following reasons:

• The very limited self-financing capacity of the NS, which did not allow the financing of the first activities before the transfer of funds

• Delay in CEA’s involvement in field activities due to cumbersome and slow administrative procedures, which had a strong impact on the process of defining/validating the selection criteria and finalizing the lists of CASH and Kit Wash beneficiaries with the community