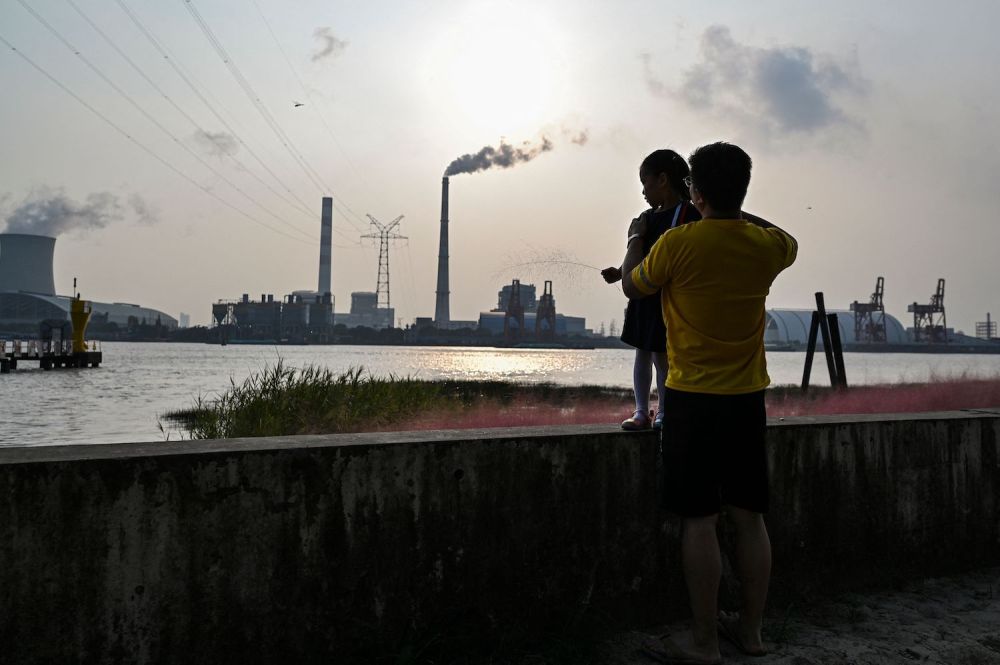 China’s coal pledge is a big deal for clean energy

Beijing’s new stance will force countries that are still planning new coal and dependent on international funding, such as Indonesia, Vietnam, Pakistan, Zimbabwe and Turkey, to seriously rethink their energy development plans. And now that China and the United States commit to supporting green energy in developing countries, this decision also paves the way for an even more competitive race to build clean energy.

Beijing’s new stance will force countries that are still planning new coal and dependent on international funding, such as Indonesia, Vietnam, Pakistan, Zimbabwe and Turkey, to seriously rethink their energy development plans. And now that China and the United States commit to supporting green energy in developing countries, this decision also paves the way for an even more competitive race to build clean energy.

How important is this case?

For more than a decade, China has been the biggest proponent of coal projects that rely on international funding. From 2010 to 2020, 180 gigawatts of China-backed coal plants were built or started construction – more than half of the world total outside China – which is 1.5 times the total coal capacity from the European Union and the United Kingdom.

But coal-fired electricity was already facing strong headwinds outside of China. Our recent research at the Energy and Clean Air Research Center found that in the past four years, 4.5 times more Chinese-backed projects were canceled than construction started. This facilitated Beijing’s decision to exit.

Yet although the frenzy has already slowed down, the centre’s research still counted 54 gigawatts of coal-fired power projects China-backed in active development but not yet under construction, a third of the world total outside of China. These are the projects that could be directly affected. If built and operated, these factories would emit around 250 to 280 tonnes of carbon dioxide per year, roughly equivalent to Spain’s total emissions. Assuming a 35-year lifespan, cumulative emissions would amount to 10 metric gigatons, or one year of China’s emissions.

As South Korea and Japan, the only other remaining financiers, had already taken steps to pull out, China’s role in these plans was only growing. Together, the steps taken by China, South Korea and Japan make it clear that there is no international finance on the table for coal and that countries need to look to cleaner options.

What do the new rules cover?

In keeping with Xi’s concise style, the ad only consisted of six words in Chinese, leaving open questions about what the government actually prohibits.

Since Xi used the word “build” rather than “finance,” viewers wondered if this only included construction services and supplies. But the Bank of China already announced on Friday that it will not enter into any new financing deals for electricity or coal mining from October, appearing to confirm the broad scope of the policy.

At least until Beijing releases a detailed policy, new commitments to finance or invest in stocks in overseas coal-fired power plant projects will be politically toxic to any Chinese bank or power company.

The most pressing question now is where the line will be drawn for projects that have already been announced or launched. Companies that have only signed memoranda of understanding or done photo ops with their Chinese partners can probably say goodbye to their funding, but it’s unclear what will happen to projects for which contracts have already been signed. signed.

This question is relevant, for example, in Indonesia, where the main power grid already has massive overcapacity, but an earlier construction frenzy has left a surplus of contracts for new coal-fired power plants with Chinese and Japanese companies that are still in operation. Classes.

What does this decision say about China’s foreign policy?

Notably, exactly one year after Xi announced China’s 2060 carbon neutral goal at the 2020 United Nations General Assembly, it was another high-profile, one-sided announcement that surprised both national actors and the international community. There was no quid pro quo with the other powers, although many leaders in developed countries would have loved a photo op announcing this with Xi.

While there have been signs that a new policy was imminent – Chinese banks were ordered months ago to avoid further coal funding – Xi’s clear pledge represents a sharp turnaround by compared to previous years, when coal-fired power plant projects were boasted as flagship examples of the Chinese Belt and Road Initiative. China’s foreign policy in Africa and the Western Balkans, for example, relies heavily on investments in infrastructure, especially for coal-fired power plants.

It seems that local opposition is mounting; falling demand for new coal-fired electricity; and continued criticism from diplomats, the media and civil society has reversed Beijing’s cost-benefit calculation. The announcement is a strong signal to the Chinese diplomatic corps that energy diplomacy and the Belt and Road initiative must focus on green energy rather than trying to capitalize on projects that few people want to touch. .

What about China’s domestic coal consumption?

While the announcement is aimed at developing countries, it is also symbolically significant for China’s domestic energy policy. As international funding for new coal-fired power plants comes to a halt, China will be even more isolated as the only country in the world yet to produce significant amounts of new coal domestically: In 2020, China added thrice as many new coal-fired electricity production capacities as the rest of the world combined.

So this may be a positive change in the winds at the national level, as it represents the country’s first recognition of the immediate need to divert investment from the electricity sector completely away from coal.

It is also an important signal to state-owned electricity, construction and manufacturing companies that there will be no more overseas outlets for their coal companies once the domestic market begins to dry up.

What does this mean for countries that depend on foreign funding?

Indonesia, Vietnam, Bangladesh, Pakistan, Mongolia, Turkey, Zimbabwe and others will need to rethink their plans for the power sector. In most cases, funding their current ambitions at the national level will prove to be impractical or unprofitable.

China is already the world’s largest manufacturer and developer of wind, solar and nuclear energy. If China finances and exports more of these technologies, as expected, it will allow developing countries to meet their electricity needs at an affordable price without relying on fossil fuels.

After long-standing and justified complaints about the lack of clean energy finance for developing countries, the statements opened up new opportunities. Vietnam, for example, has already carefully balanced the pipeline of coal-fired power projects with China, Japan and South Korea, so that it does not depend on a single country for funding and technology. of its electricity sector. It is crucial that a variety of financiers are also available for the development of clean energy – and if a little competition between the United States, China, Japan, the European Union and others prompts everyone world to increase funding for clean energy, investment in manufacturing and other support, so that’s even better.