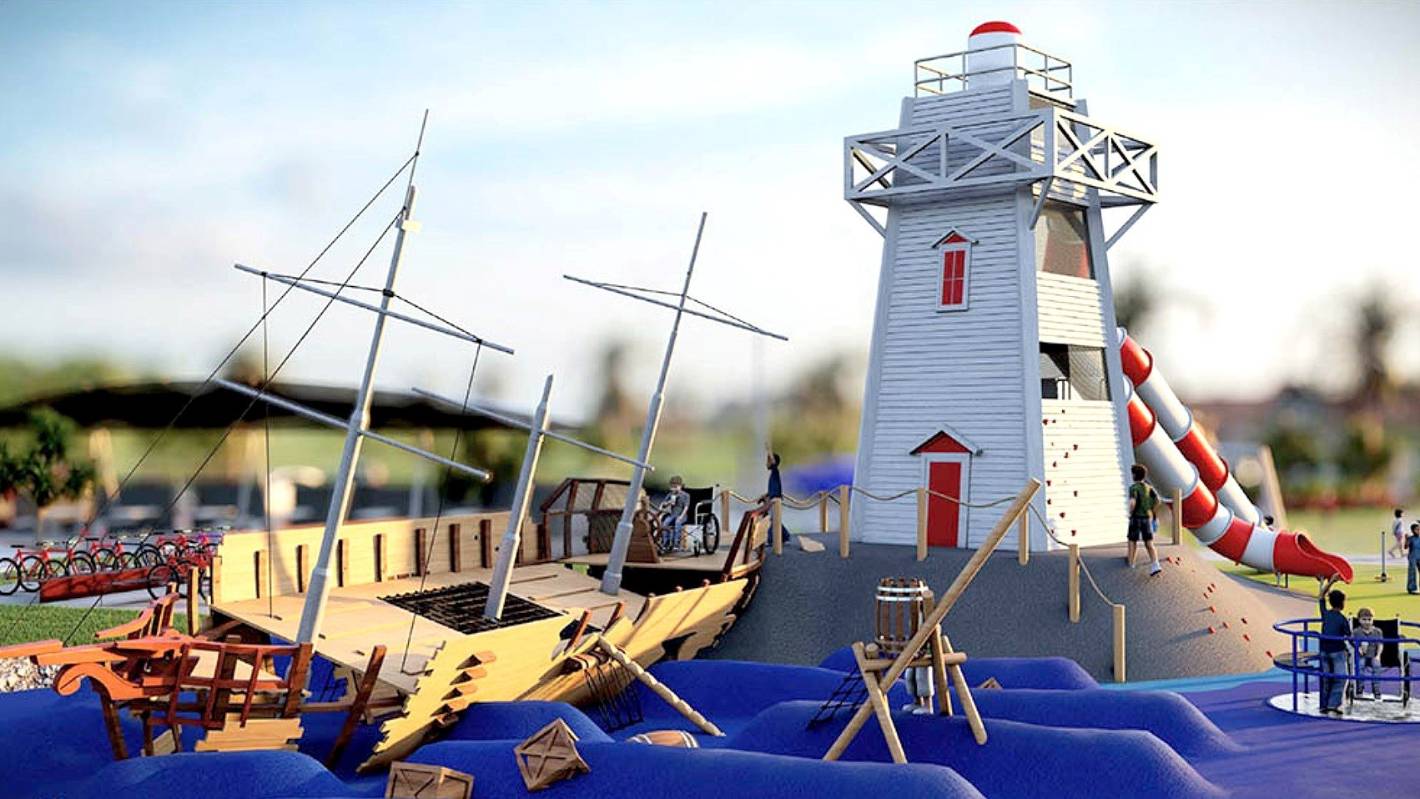 It looks like a project to build a state-of-the-art playground in Timaru’s Caroline Bay is the latest to be hit by rising construction costs.

The committee behind the CPlay project, which has raised around $2.5 million through community, corporate, grants and council funding, is tight-lipped about any potential shortfall – but a report filed at a council meeting this week indicates increased costs “will potentially result in (a) the question of funding”.

The progress report of the CPlay project, which was presented at the Timaru District Council’s infrastructure committee meeting on Tuesday, said that “recent cost estimates indicate that the cost may exceed the funds available, but this does not has not been confirmed”.

It also says a revised construction start date has yet to be confirmed “due to the appointment of an earthmoving contractor and availability”.

When asked how much the Playground was now expected to cost and whether the Playground was still on track to open in January 2023, CPlay President and Timaru Ward candidate Owen Jackson said the committee could not yet provide an answer.

“We unfortunately cannot answer your questions with certainty yet, but we will be able to further confirm our plans in approximately 2-3 weeks.”

However, Jackson said the committee was working with contractors and suppliers to finalize “the design, budget and schedule.”

“As you can imagine with a predominantly voluntary group, and despite the disruptions many have been experiencing over the past few months, this is all taking time, but we are getting closer to the details we need.”

In June, it was announced that the cost to complete the project had increased by 15% to $2.5 million and that work was to begin in July or August.

On Thursday, Jackson said the preliminary work needed to prepare the area for physical work “is continuing between our committee and the wide range of vendors we need to coordinate for this project.”

The council has contributed $1.03 million to the project, making it the “largest contributor to the project”, and helps with drainage issues, funding applications, accounting, liability and supply, according to the report.