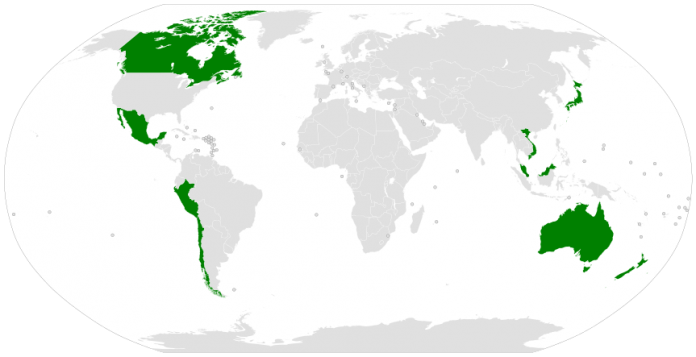 The Consumers Association of Penang (CAP) is shocked that the cabinet decided to ratify the controversial Comprehensive and Progressive Agreement for Trans-Pacific Partnership (CPTPP) even as parliamentarians were preparing to debate it during the recent parliamentary session.

Our study of the latest cost-benefit analysis, commissioned by the Department of International Trade and Industry from PriceWaterhouseCoopers (PwC), confirms long-standing concerns in CAP that there are far more costs than benefits in this global agreement which affects all aspects of the economy and society. .

The department had previously promised parliament that the cost-benefit analysis report would be open for parliamentary discussion, but then backtracked to say the report would be posted on its website. And now, with the country on the brink of a general election, the unscrupulous cabinet decided to ratify the CPTPP and rushed the legal instrument to the CPTPP secretariat in New Zealand.

The ministry’s Oct. 5 statement says Malaysia’s exports are expected to reach $354.7 billion, but also fails to reveal that imports will increase further upon joining the CPTPP, thus worsening Malaysia’s merchandise trade balance. A study by a UN economist showed that we could import up to $2.4 billion a year more than our exports. PwC’s cost-benefit analysis also reveals that joining the CPTPP would increase imports into Malaysia more than increasing exports, even if China and the UK join the agreement.

In addition to this, Malaysia has agreed to reduce customs duties to zero on 100% of goods. This means a loss of tariff revenue of approximately $1.6 billion per year. Job losses are expected with the increase in imports, for example in the automobile and steel sectors. By contrast, Japan agreed under the CPTPP to remove tariffs on 95% of its imports and Canada and Vietnam only have to remove tariffs on 97% of their imports. These countries have protected their “sensitive” products from import competition, but Malaysia is opening its doors wide.

Malaysia has already concluded free trade agreements with three major export destination countries, namely Japan, Singapore and Australia, which account for 84% of its exports to CPTPP countries. With the CPTPP, Japanese car exports to Malaysia will increase, exceeding any increase in Malaysian exports to Japan.

Under the CPTPP, government procurement and state-owned enterprises (including government-linked enterprises) are to be widely liberalized, with severe restrictions on any government policy to purchase from domestic manufacturers and suppliers. This goes against the “Buy Malaysia” economic stimulus plan to boost local production and create more jobs.

Support the struggle to build a Malaysia based on Justice, Freedom, Solidarity: Tel: 04-658 5251 email: [email protected]

The extent to which national laws, policies and guidelines need to be changed to open the Malaysian economy to other parties to the CPTPP is not even acknowledged by the ministry. A few Acts of Parliament were amended, mainly labor laws, which could have been done without the CPTPP, if the government was committed to workers’ rights.

The CPTPP imposes legal obligations beyond laws – policies, directives and guidelines must be aligned to allow foreign companies to operate more freely in Malaysia and take a greater share of the economy. To CAP’s knowledge, the government does not have a list of everything that will need to be changed.

The ministry has consistently downplayed a major intrusion into national sovereignty by accepting the right for foreign investors to directly sue the government if their profit interests are affected by government actions, even those that are legitimate actions.

Old bilateral investment treaties with this investor-state dispute settlement (ISDS) provision were much narrower in scope compared to the CPTPP. Other countries caught up in recent dispute settlement cases have had to pay billions in awards in private arbitration proceedings that are not transparent, bypassing national courts and public accountability.

The US government no longer accepts ISDS in its trade agreements, even though it was the leader in promoting ISDS in the Trans-Pacific Partnership Agreement, the precursor to the CPTPP. There is a change among many governments on ISDS, making the CPTPP obsolete.

It is shameful for the government to drag the country down this precarious path in times of economic turbulence and high national debt, by exposing the country to ISDS claims.

Meanwhile, the cost-benefit analysis on many fronts underestimates the negative impacts and does not reflect the actual text of the CPTPP, and instead addresses a different hypothetical free trade agreement in its modeling exercise. By claiming that Malaysia’s gross domestic product (GDP), investment, wages and tax revenue will increase, the cost-benefit analysis uses unrealistic assumptions such as full employment in Malaysia and no change in government revenue – even when tariff revenue is lost because the CPTPP requires Malaysia to remove all its tariffs on imports from other CPTPP countries.

The cost-benefit analysis itself admits that the estimation of these benefits relies “to some extent” on “gut feeling”. For example, the parameters include non-tariff measures, which are difficult to quantify.

It is therefore unbelievable that the department relies on a problematic cost-benefit analysis that nevertheless highlights many high costs to conclude that “it is clear that the benefits arising from the ratification of the CPTPP far outweigh the potential costs which may arise”.

It is ultimately up to the people to pay the costs of this irresponsible decision to ratify the CPTPP. The PAC calls for a withdrawal of the CPTPP before it comes into force in 60 days.

Even the post office is not immune to inflation. Get the Forever stamp before it’s too late.