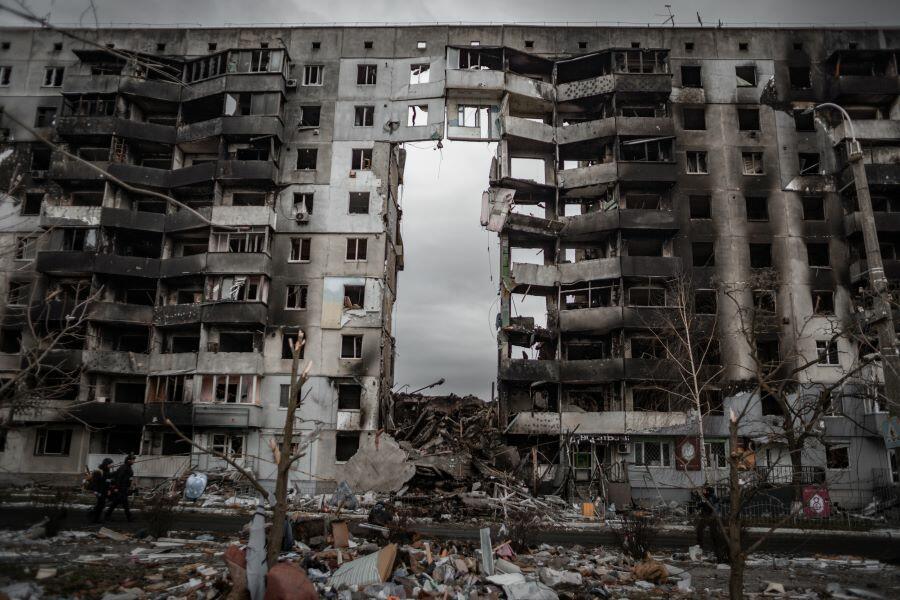 Buying when there is blood in the streets: the pros and cons. Three examples from the Ukrainian war.

Buy when there’s blood in the streets

A few days after Russia’s invasion of Ukraine, putting into practice Baron Rothschild’s famous aphorism, I noted in an article here (“Russia’s Invasion of Ukraine: Risks and Opportunities”) that I had bought shares of some Russian companies: Yandex, N.V. YNDX* and American Depository Receipts (ADR) for Gazprom Public Joint Stock Company OGZPY:

In our personal account, we bought shares of two of them on Thursday and Friday: Yandex (YNDX) and Gazprom (OGZPY). Just to clarify: none of these actions were Portfolio Armor picks.

The following week, I mentioned on my personal Twitter account that I had purchased some of the ADRs from Sberbank of Russia (SBRCY).

Came in at 66 cents and now it’s at 52. These prices only make sense if there is a high percentage of expropriation. pic.twitter.com/lFWrGtOTac

They were all blue chips: Yandex is sort of the Russian version of Google; Gazprom is its state-owned gas giant that delivers natural gas to the EU through pipelines; and Sberbank is Russia’s oldest and largest bank. In this article, I will update how it has worked so far. First, a quick update on yesterday’s post about other war-related professions.

In my post yesterday (Another victim of the economic war), I mentioned that Portfolio Armor was bearish on US Treasuries in March and bullish on oil and gas.

Up since March: oil and gas, Russia’s current account surplus. � � Down since March: US Treasuries $GUSH $USO $UGA $TBT https://t.co/FlWIRCBN1c

In that post, I wrote that our bearish bet on treasury bills, the Cash ProShares UltraShort 20+ years The ETF (TBT) has climbed 29.41% since hitting our biggest names in March:

Fast forward to this week, and here’s how TBT (and our other mid-March big names) have done so far since then.

Four of our top ten names in mid-March have so far seen double-digit gains, and they’re all playing on the backlash of our economic sanctions on Russia: our bet against Treasuries, TBT, plus three bets on oil and gas: Direction Daily S&P Oil & Gas Exp. & Prod. Bull 2X shares (JET), US Gasoline Fund, LP (UGA), and United States Petroleum, LP (USO). Overall, our top ten names on March 14 are up 15.72% so faron average, compared to -0.95% for the SPDR S&P 500 Trust (TO SPY).

A quick update: Treasuries caught a bid on Tuesday and as a result, TBT fell 2%. So as of Tuesday’s close, it was up 26.8% since hitting our top names in mid-March.

Now let’s move on to the Russian stocks update.

Yandex, Gazprom and Sberbank all ceased trading in the United States in early March. The Moscow Stock Exchange was also closed2, but reopened at the end of March. Each of these stocks is traded there. Here’s how they were doing at Tuesday’s close.

So in a nutshell: one of them is about flat, one is a ten sack, and the other is more of a double, but they’re all basically frozen until the end of the war, probably, and the relations end up thawing between Russia and the United States

*To be precise, Yandex is domiciled in the Netherlands, but almost all of its revenue is generated in Russia.

Choosing a pension plan for your business – Milford-Orange Times