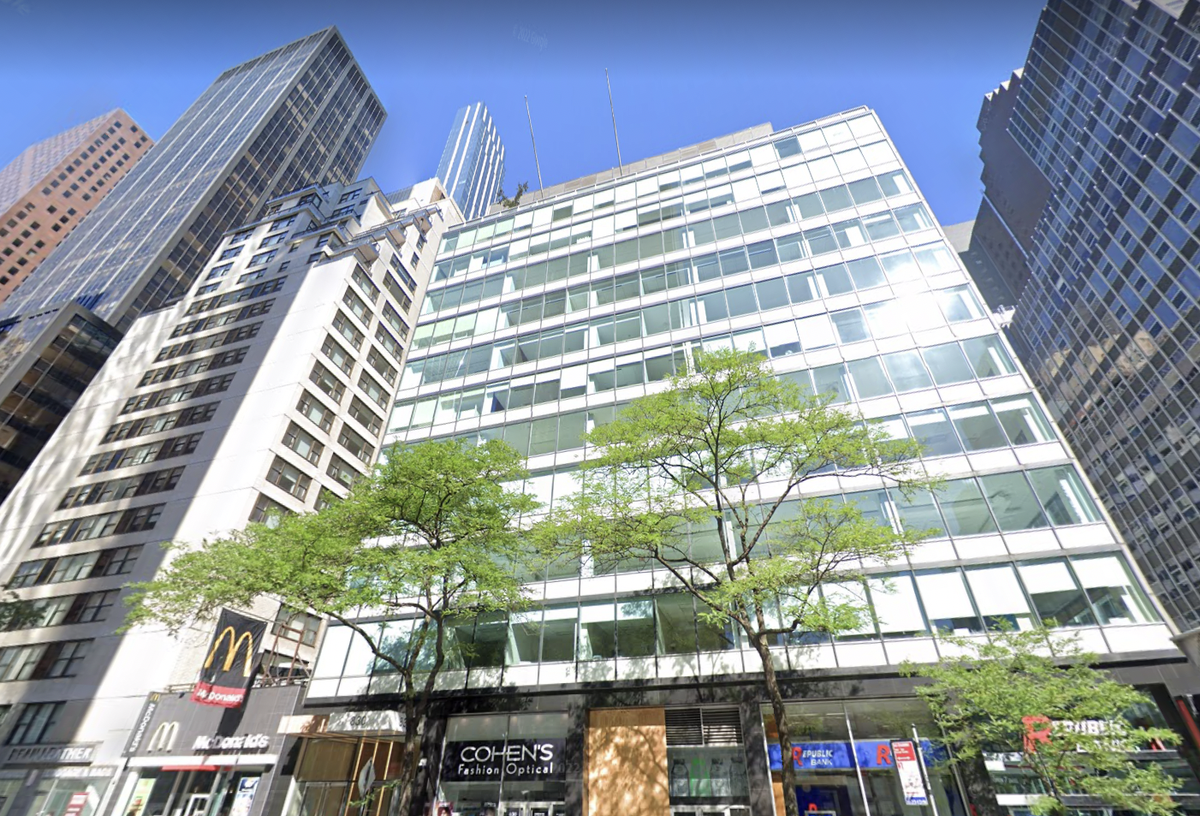 830 Third Ave., one of the office buildings recently purchased by Namdar and Empire Capital.

Namdar Realty Group, which has amassed a nationwide portfolio of junk malls, is moving into Manhattan’s worn office buildings.

Namdar’s joint venture with Empire Capital Holdings has spent nearly $180 million to acquire two former Manhattan office towers over the past two months, rushing into troubled assets as other real estate investors swoop in. are moving away from the borough office market – and he plans to buy more, Bloomberg reports.

Namdar and Empire purchased the 13-story, 64-year-old office building at 830 Third Ave. for $72 million this month after acquiring the 90-year-old, 24-story 345 Seventh Ave. for $107 million last September. The buildings were purchased for less than $500 per SF – well below Manhattan’s average office price of $896 per SF, which is down more than 10% from its 2019 peak, according to MSCI data Real Assets as reported by Bloomberg.

“New York City is going through a tough time right now, but we believe that in the long term, people won’t be working from home,” Namdar Realty founder Igal Namdar told Bloomberg. “Once everything is sorted out and hopefully the economy improves, you will see a lot more businesses coming back and renting space.”

JLL chief executive Max Herzog, who advised the financing deal on the acquisition of 830 Third, told Bloomberg that Namdar and Empire Capital’s joint venture will need to acquire properties at a low price if their strategy is to succeed.

“It’s really a function of the cost base and a contrarian game – similar to its previous mall acquisitions,” Herzog said.

Namdar thinks he has more opportunities as more office buildings are in distress. In March this year, Blackstone returned the keys to its lender for its 1950s Midtown office tower at 1740 Broadway. Earlier this week, the bank lender to an office building in the Financial District requested foreclosure from the landlord, Crain’s New York Business reported.

Namdar has a personal net worth of around $2 billion, according to the Bloomberg Billionaires Index. The majority of that figure was built during his decade-long business making all-cash deals on struggling malls, MarketWatch previously reported.

During this time, Namdar acquired more than 250 struggling malls and filled vacancies with low-end retailers, while limiting debt and improving capital spending before selling the properties at a profit, Bloomberg previously reported. The strategy also resulted in multiple lawsuits alleging the properties had lower revenues and higher costs than those presented by Namdar.

But unlike malls, which are difficult to reuse, Namdar and Empire Capital told Bloomberg that they deliberately chose office buildings that have high occupancy but enough windows that they can be turned into residential apartments.

“We like the optionality,” Namdar said. “We can stay with the office or we can go the residential route.”