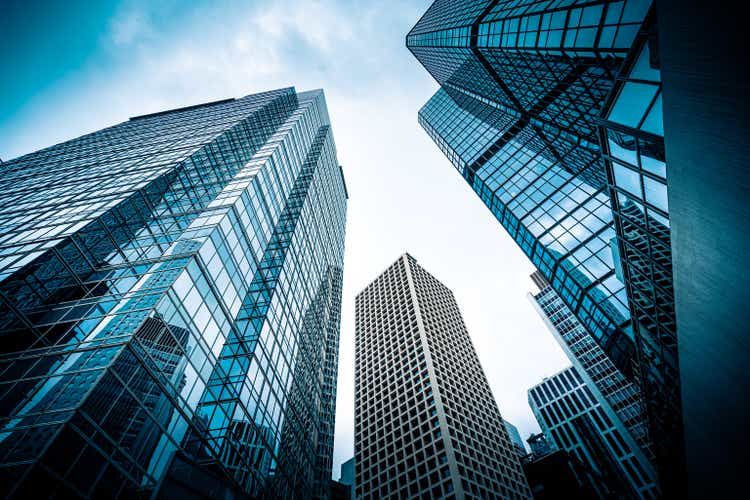 A fresh wave of pessimism swept the market, largely due to weak earnings reports from Walmart (WMT) and Target (TGT). Inflation and supply chain difficulties caused their cost structures rose rapidly, so margin compression resulted in a significant loss of profits despite healthy revenue growth at both companies.

Almost nothing was spared in the sell-off that followed with traditionally stable blue chips like Procter & Gamble (PG) dropping more than 5% in a single day. The major indexes all fell by several percentage points.

I think this liquidation has generated significant opportunities. Let me first discuss this opportunity from a macro-level qualitative reasoning perspective and then explore more specific areas that I believe are clear winners.

Impact of inflation on profits

Given the complexity of macroeconomic forces, it is difficult to extrapolate outwards. I think the market is making a mistake looking at the impacts on WMT and TGT and applying that evenly to the rest of the market. If we step back and look at this at the system level, I think it’s qualitatively provable that the extrapolated fear cannot be true – margins cannot compress all the way up due to inflation.

I assume that the net effect of inflation on real incomes is neutral, which means that the nominal impact on incomes is positive.

For every buyer, there is a seller.

So for every increase in cost to buyers, sellers have a proportional increase in revenue. In a perfectly fluid economy, the effect would wear off fairly quickly, with everyone only having 8% more income, 8% more costs, and therefore 8% more income.

The real economy is of course not so fluid. Some levels of the verticals will have a much better ability to pass on inflation than others. Those with electricity may be able to turn 8% inflation into 20% increased revenue, and those without electricity will suffer cost increases without being able to pass those increases on to their customers.

WMT and TGT during this particular period were companies with low pricing power. Their suppliers were able to charge them significantly more while WMT and TGT were unable or unwilling to pass on these higher costs to their customers.

For every weak spot that has margin compression in a vertical, there are other parts of that vertical that benefit from it. Thus, it is simply not correct to extrapolate the low margins of these companies to the entire S&P.

The net effect is just a big mess of profit margins. Some companies are hurting and others are gaining, but overall the impact of inflation on real earnings should be about neutral.

Many of the winners are already pretty clear. Everything upstream in the supply chain seems to win because it can raise prices, but its input costs increase only slightly.

In each of these cases, however, the market already knows it is a winner. As such, the inflation-linked success they enjoy is not necessarily an opportunity.

I’m much more interested in lesser-known recipients. For the purposes of this discussion, a beneficiary is an entity that can increase its revenues far more than its costs.

I posit that REITs are the most overlooked beneficiary. The fact that REITs increase rental income is well known, but I don’t think people realize how insulated their cost structure is. Expenses barely move, so higher revenues come with higher margins, leading to impressive earnings growth that REITs measure in FFO/share.

A much improved capital structure

Many people believe that REITs are sensitive to rising interest rates and that’s a completely understandable notion. REITs have always been highly leveraged instruments with sloppy balance sheets. Thus, rising rates would increase their interest expense and more than offset increases in income from rental rates.

However, REITs have stepped up their game. After burning in the financial crisis, REITs have deleveraged and carefully structured their debt. Interest expense as a percentage of NOI decreased from around 37% to around 18%.

As things stand, REIT balance sheets are precisely well prepared for this environment. Here are the numbers:

Fixed-rate long-term debt does not become more expensive as rates rise. It will eventually when they have to roll it, but there is a good 5+ year cushion in which REIT cost structures are largely fixed.

As a result, REITs are able to raise rents and there is a minimal increase in costs to compensate for that. Margins increased, with FFO as a percentage of revenue increasing to 41.4% in 1Q22.

Higher revenues and higher margins led to significantly higher FFOs. REIT FFO/share was up 30.3% year over year in 1Q22.

Most of this growth came from a combination of occupancy growth and increases in rental rates, which resulted in the strongest same-store BNE growth in decades.

Some of this is of course still a post-pandemic rebound, but FFOs as a whole are already well above pre-pandemic levels. NAREIT calculates that the FFO of 1Q22 is 9.6% higher than the pre-pandemic 4Q19.

REIT fundamentals are the opposite of TGT and WMT’s quarter and yet REITs have fallen in sympathy, down 14% in the last month alone.

As a value investor, this is precisely the setup I like. Increase in fundamental value in a freshly cheap market price environment. The average and median REIT now trade at 81.4% and 81.3% of net asset value (NAV), respectively. Historically, REITs have tended to fluctuate between 95% and 105% of net asset value. They are exceptionally cheap right now and I really like the fundamental outlook.