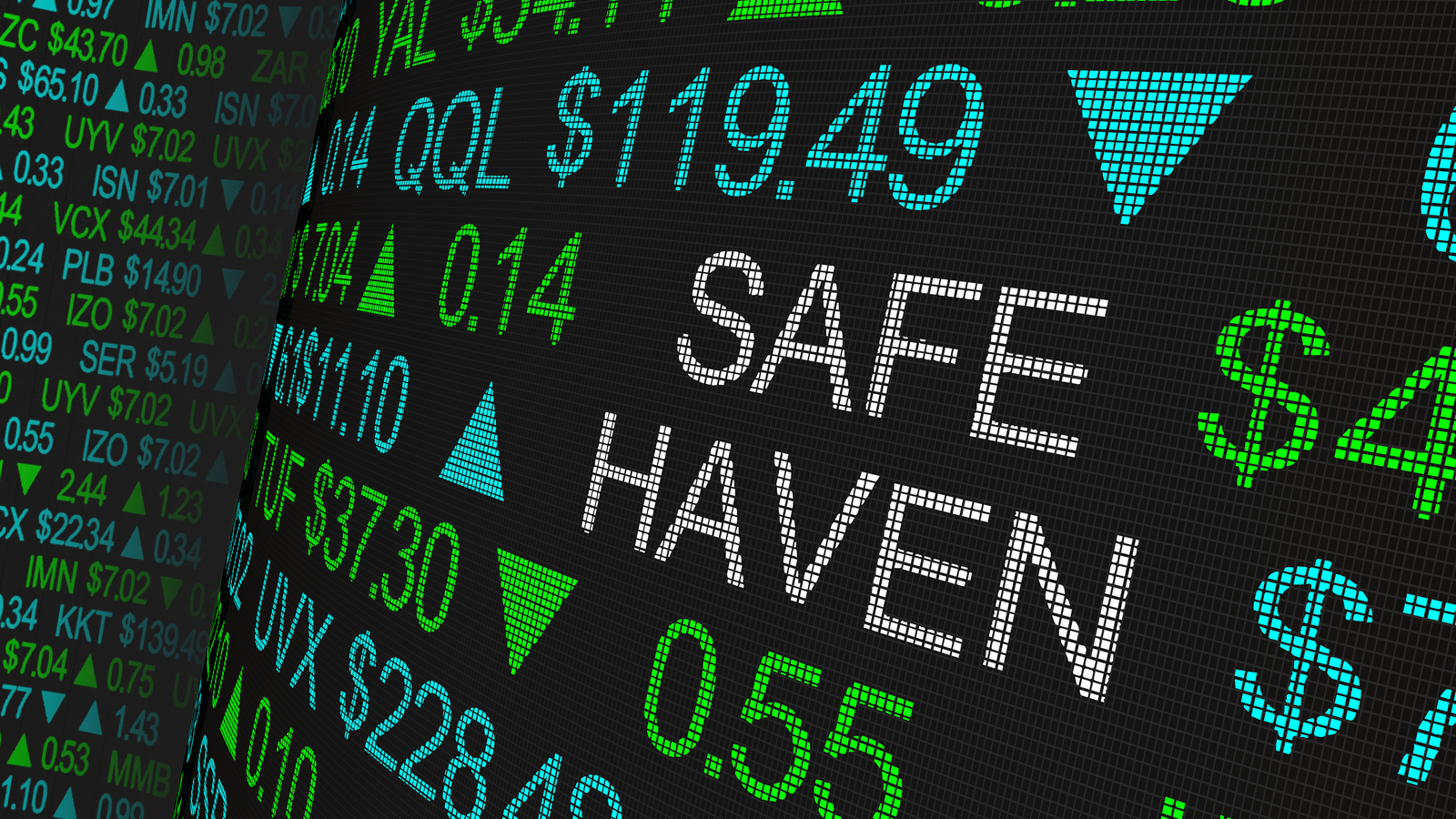 Investors with high equity exposure in 2022 likely want the year to end. Unless they increase their cash allocation, their losses in the portfolio accumulate.

The war in Ukraine earlier this year increased energy costs in Europe. This accelerated the rate of inflation. Globally, most countries have faced unprecedented rates of inflation. In turn, central banks collectively raised interest rates. This dynamic pushes investors to seek safe havens.

Central banks fear that their few inflation-fighting tools will become ineffective. The longer prices continue to rise, the harder it is for banks to achieve price stability.

As interest rates rise, investors reshape the fair value of the stock market. Investments compete with risk-free cash. The more interest that asset earns, the more stocks have to compete for investors’ money.

There are seven safe havens for investors looking to protect their gains.

CF Industries Holdings (NYSE:CF) traded as high as $119.59 before pulling back on August 25, 2022. Traders took profits instead of holding this agricultural fertilizer distributor.

In the first half of 2022, CF reported net income of $2.05 billion and adjusted EBITDA of $3.60 billion. It repurchased $590 million worth of stock, or 6.6 million shares. Many European producers have shut down nitrogen production in response to soaring gas prices. Conversely, CF’s competitors face costs of $2,000 in ammonia. Winter is fast approaching. This will tighten the global availability of its product.

Europe’s unfavorably high cost of production will help the FC stock. The American company will benefit because the prices of its product will increase considerably. At this time, CF is not increasing Urea Ammonium Nitrate (“UAN”) to export more. Although it records export records, it wants to concentrate on the export of ammonia.

CF Industries will monitor demand and margin opportunities for UANs. By next year, a shortage of the product is expected to boost the company’s profit margins, making it one of the safe havens for investors.

The company has leading low-decline, long-lived assets. In addition, its maintenance capital requirements are low. It also has a low cost structure. After management has rewarded shareholders, new investors should consider this safe-haven stock. The demand for oil and natural gas will increase. Supply dynamics are favourable.

For the future, CNR plans to commission its trans-mountain unit. In addition, it has several projects on the thermal side. It will take a year or two to increase revenue significantly. Long-term investors should expect an increase in production over the next few years. Yet it is one of the safe havens for investors with a long-term plan.

Revenue was C$19.2 billion. The energy company is a classic safe haven that has generated strong cash from operations of nearly $3.0. It also posted a free fund flow of $2.3 billion.

Cenovus took advantage of strong cash flow to reduce its debt. It has allocated about half of its excess free fund flow to paying down debt and rewarding shareholders. In the second quarter, it increased shareholder returns by repurchasing more than $1 billion in stock.

Cenovus has locked in between $500 million and $700 million over the next three years to invest in its upstream business. He has already purchased the equipment. Consequently, he is not exposed to any inflation for this acquired equipment.

Expect margins above its historical average. In the short term, CVE stock will move whenever WTI prices change. But it is one of the havens for investors that will pay off in the long run.

Johnson & Johnson (NYSE:JNJ) peaked near $187 in 2022 before falling back. Joaquin Duato recently became CEO, visiting all of its major subsidiaries in the first six months.

J&J has three priorities. First, it will split its consumer business to create a global consumer champion. This allows the company to focus on pharmaceuticals and medical technology. Not only will this create value for investors, but it will also reinvigorate the company’s focus on its core business.

The pharmaceutical business is the company’s third priority. He is preparing for a loss of exclusivity for Stelara. It will have to increase its revenues to 60 billion dollars by 2025.

The company acknowledged the undervaluation of its shares. On September 14, J&J announced that it would buy back $5 billion in stock.

Marcus & Millichap (NYSE:IMM) is a real estate and mortgage brokerage firm. In the second quarter, it posted GAAP EPS of $1.04. Revenue increased 39% year-on-year to $396 million.

The company generates strong shareholder value through a dividend and share buyback. It balances capital returns with expanding its business growth through a capital allocation initiative. He plans to buy back up to $70 million in stock. This is only about 5% of its market capitalization and about 12% of its free cash.

Marcus & Millichap runs a cash-generating business. He prioritizes returning to shareholders before pursuing aggressive acquisitions. The corporate finance arm has become more competitive. He performs his business as a private client. Its strong positioning has led to larger transactions. Investors should expect its partnerships to pay off in the coming quarters.

The number of brokers has continued to decline since its peak in early 2021. These people are strategically important. The company will have to train and support them to grow its teams.

Novartis (NYSE:NVS) has traded at lower highs since its shares peaked in April 2022 at around $94.00.

The company won a lawsuit against a whistleblower on September 14, 2022. The lawsuit accused the company of bribing doctors through bogus speaker programs. The plaintiff filed a lawsuit alleging unlawful promotion of his multiple sclerosis therapy Gilenya in 2013.

Earlier this month, Novartis announced it would invest $300 million in next-generation biotherapies. This would create a fully integrated environment for the development of biologics. Biologics are more complex than other drugs. Although they likely take longer to develop and cost more, Novartis will realize higher profit margins from biologics.

In the second quarter, the company reported revenue of $12.78 billion, down 1.4% from a year earlier. For 2022, he expects mid-single-digit sales growth. Its core operating income will also grow to a mid-digit.

SQM stock has retreated from its multiple highs of around $115. Investors expected more, which is unreasonable given the strong growth it has shown. The company will modify its contracts with its customers in the coming weeks. Business Intelligence chief Felipe Smith said the company will negotiate prices that more closely align with the market index price.

The company will increase its capacity as it increases its production levels. Export-related costs will increase, as will the cost of inventory. Still, as prices rise significantly, investors should expect improved profitability over the coming quarters. In addition, demand is 30% higher than last year. By 2025, Sociedad expects demand of over one million metric tons. By 2030, demand will exceed 2.5 million tonnes.

As of the date of publication, Chris Lau had (neither directly nor indirectly) any position in the securities mentioned in this article. The opinions expressed in this article are those of the author, subject to InvestorPlace.com publishing guidelines.

Chris Lau is a contributing author for InvestorPlace.com and many other financial sites. Chris has over 20 years of stock market investing experience and leads the do-it-yourself value investing market on Seeking Alpha. He shares his stock picks so readers get actionable insights for strong returns on investment.